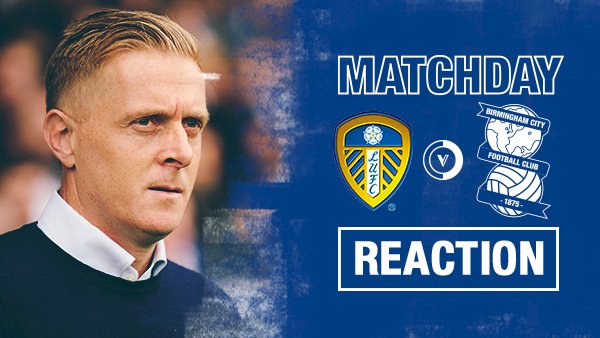 Leeds United suffered a shock 1-2 defeat against Birmingham City in the Championship clash at Elland Road on Saturday.

The result meant the Blues ended Leeds’ unbeaten start to the season.

However, Marcelo Bielsa’s side still retain the top position in the Championship table with 18 points, same as Middlesbrough with only goal difference separating them.

After the match, Garry Monk, the Birmingham boss and former Leeds United manager, took to social networking site Twitter to express his reaction. He wrote:

Hope u drop, the most boring team ive ever seen ?

What a joke you won by cheating, faking injury, time wasting and turning the prospect of a good game into a fucking joke so Garry Monk fuck off back to the town were no one lives.

Well done on your first win of the season. At least some of us still respect you and what you and @pepclotet did here at #lufc

The championships Jose Mourinho. That bus is probably still parked in Elland Road.

You do realise when another team comes calling he’ll ditch you ???

Robbed the three points like we did a couple of seasons ago when we won 3-1.
Doesn’t excuse your time wasting and cheating though. You were awful apart from two shots and you know it.

Che Adams scored twice in the opening 30 minutes for the visitors. His first goal was a low finish from the edge of the area which many Leeds fans believe goalkeeper Bailey Peacock-Farrell should have done better to save.

The second goal came from a swift counter-attack and it helped them to earn Birmingham’s first win of the campaign.

Leeds pulled one back in the 85th minute through Ezgjan Alioski but in the end Monk’s side held on against the Whites.

Birmingham only managed 29% of possession, while Leeds attempted 17 shots during the game.