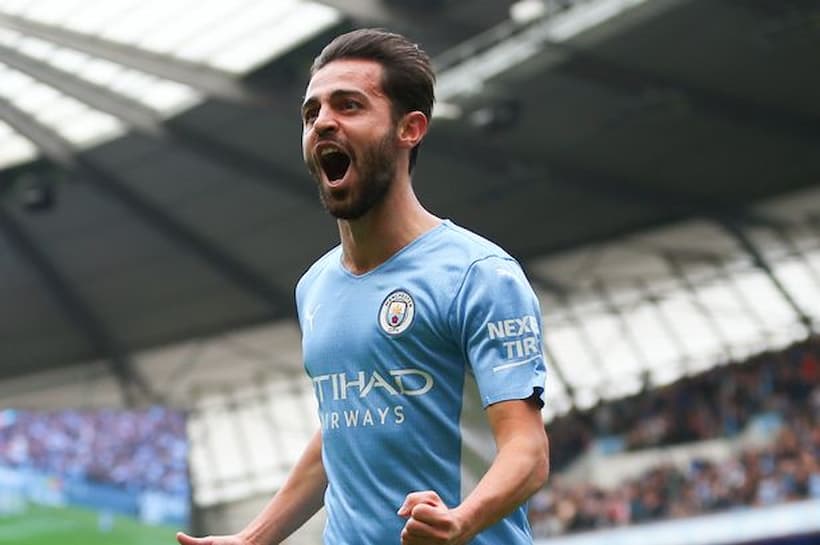 Weather permitting, the Premier League expects to serve up another enviable, festive platter of top fixtures this week, meaning an extra set of five-fold 10/1 football Acca tips for Tuesday – Thursday as provided by our football betting expert. Plus, get details on how you can Bet £10 Get £30 at Betfred.

Betting on the above selection of winning teams at Betfred provides odds of approximately 10/1 – and a return of £114.21 on a £10 stake.

For further analysis of our midweek EPL Football accumulator, see below. Alternatively, you can learn more about BTTS betting at the link.

Manchester City vs Leeds United – City to win at 1/8

Top-of-the-table Manchester City have been domestically flying in recent weeks and months, so this is a bad time to visit them at the Etihad.

Led by an incredible run of form from City’s Portuguese midfielder Bernardo Silva (7 goals), Pep Guardiola’s side has won six games in a row in the league, scoring 13 goals in the process.

Despite some decent performances, Leeds, on the other hand, have failed to win each of their last two EPL matches and have won only once in their last six attempts. On top of that Marcelo Bielsa’s side hasn’t defeated City since a 2-1 win at Elland Road back in 2004!

Crystal Palace vs Southampton – Palace to win at 23/20

Just three points separate Crystal Palace in 13th from Southampton in 16th, so this is a tough game to call.

However, with home advantage on their side, not to mention the fact that visiting Southampton haven’t won in five attempts and have been beaten away from home in three successive games, we’re taking Patrick Viera’s Palace to get a much-needed win on Wednesday.

Leicester City vs Tottenham – Spurs to win at 12/5

The new era under Antonio Conte is now underway at Tottenham and it’s beginning to look quite promising for the Spurs faithful. Their Italian manager is a serial winner, and this is echoed by the fact that since joining the club approximately a month ago, Conte’s side has put together a run of three successive EPL wins and clawed its way back into contention for a UCL spot at the end of the year.

Leicester, on the other hand, have been patchy in form over recent months and find themselves eighth in the table. Brendan Rodgers’ team has lost three and drawn two of its last seven domestic fixtures.

Leicester did rebound well from that poor run with a big 4-0 win at home to struggling Newcastle last weekend. But, up against a rejuvenated-looking Spurs outfit, we’re not expecting them to fare so well come Thursday.

Liverpool vs Newcastle – Liverpool to win 1/9

It’s the Premier League’s bottom side vs a Liverpool team whose attacking play is the envy of Europe at present.

Expect to see the usual suspects – the likes of Mohamed Salah, Sadio Mane, and Diogo Jota – on the scoresheet once again as Jurgen Klopp’s Liverpool blows Newcastle aside at Anfield on Thursday night.

Chelsea vs Everton – Chelsea to win at 1/4

Thomas Tuchel’s Chelsea have only lost once at home in the Premier League all season, wheras Everton have lost four successive games away from Goodison Park.

On top of that, however, Everton’s recent form has been appalling. With only one win and two draws in their last 10 games, expect to see the likes of Hakim Ziyech (pictured above) and Mason Mount pile more pressure on under-fire Everton boss Benitez.

At Betfred, new customers can Bet £10 Get £30 in Free Bets + get 30 Free Spins when they sign up in time for the midweek EPL games beginning tonight (Tuesday, Dec 14).

To claim £30 in free bets at Betfred, just follow the instructions below: