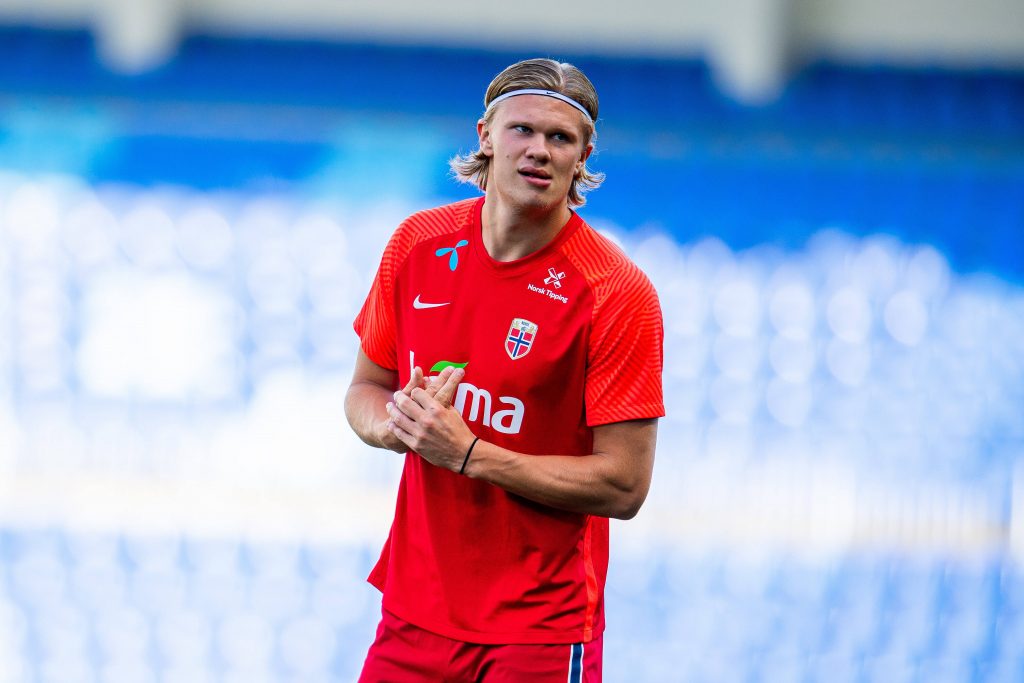 Chelsea are lining up a move for an elite striker this summer, and they have been heavily linked with the services of Borussia Dortmund star Erling Braut Haaland.

Dortmund are reluctant to lose the main striker this summer, particularly after sanctioning the departure of Jadon Sancho to Manchester United.

However, Haaland has a £68 million buy-out clause which becomes active in June 2022, and it is claimed that Dormund could be tempted by a significant bid.

The Bundesliga outfit reportedly value Haaland at £149 million. The Blues are seriously interested, but may need to recoup funds from player sales.

We look at five players, who could be offloaded to recoup funds for Haaland’s transfer.

Abraham ended last season as the club’s joint-top-scorer with 12 goals across all competitions. However, he played just 16 minutes for the Blues between March and May.

It’s clear that manager Thomas Tuchel does not rate him highly, and there has already been talk of him heading for the exit door during the summer transfer window.

West Ham United and Aston Villa have been credited with an interest in signing the England international. The Blues want around £40m for the striker.

The Morocco international was the Blues’ first signing of last summer’s transfer window, and a deal was struck with Ajax as early as February last year.

He arrived with plenty of expectations, but experienced a tough debut campaign with just six goals and four assists from 39 appearances in all competitions.

He showed glimpses of finding his form in the final months, but has recently been linked with a summer exit. AC Milan are keen on prising him away.

The World Cup winner was in fine form for the Blues in the Champions League last term with six goals. He bagged another five across all competitions.

Despite this, he had a frustrating campaign with just 1,200 minutes of game time. Similar to Abraham, he was a regular on the bench towards the end of the season.

It appeared that he could leave on a free transfer, but the Blues recently confirmed a one-year extension. Milan are interested in signing him for a nominal fee.

The England international was regarded as the next big thing from the Blues academy, but his career has reached a standstill over the past few years.

A serious Achilles injury hampered his early progress. The winger has still struggled to nail down a starting role due to inconsistent form and the fierce competition for places.

The Blues rejected four bids from Bayern Munich for their graduate in 2019 with the highest being £35m. Bayern are still interested, and a deal could be struck this summer.

Loftus-Cheek’s career was on a high in 2018/19 before he suffered a serious Achilles injury during a charity friendly before the Europa League final.

He has still failed to reclaim a regular spot with the Blues, and he was loaned out to Fulham last season where he struggled to make much of an impact.

A permanent move elsewhere could help revive his flagging career. He won’t be short of offers with interest from Southampton, Everton and Aston Villa.