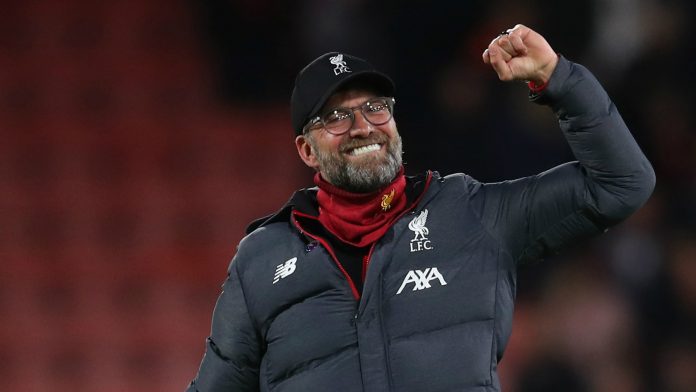 The shortlist for the 2020 FIFA Men’s Coach of the Year award has been released.

Five managers from Europe’s top leagues have been selected for the award, which has been running since 2010.

Some of the world’s biggest names have been excluded from the shortlist, including Manchester City boss Pep Guardiola, Tottenham Hotspur manager Jose Mourinho, and Atletico Madrid’s Diego Simeone.

Here’s a closer look at the five nominees.

The obvious favourite for the award is Bayern Munich boss Hans-Dieter Flick.

The German took over from Niko Kovac in November 2019, with his side in fourth place. After a mixed start, Flick helped turn the Bavarians’ fortunes around massively, embarking on an incredible 32-game unbeaten run from December through to September, winning 31 of those games.

Flick lifted three trophies in the 2019/20 season, finishing 13 points clear of Borussia Dortmund in the Bundesliga, seeing off Bayer Leverkusen in the DFB Pokal final, and defeating Paris Saint-Germain in the Champions League final.

2019’s recipient of the prize has been nominated for a third year in a row. And, to be fair, no one can argue.

Liverpool’s 30-year wait for a league title finally came to an end this June, as Jurgen Klopp’s side stormed the top flight, finishing 18 points clear of Manchester City in second.

The Reds held the top spot from the second week onwards, winning an incredible 26 out of their opening 27 league games. And, after Man City’s 2-1 defeat at Stamford Bridge, they became the earliest team to secure the title, wrapping it up with seven games remaining.

Zinedine Zidane is widely regarded as one of the world’s greatest ever footballers, and he is quickly emulating that success in management.

There have been a lot of doubt surrounding the Frenchman. Even after winning THREE successive Champions Leagues, many still had question marks over whether it was the manager or the players (and, more specifically, Cristiano Ronaldo).

However, Zidane once again kept the critics quiet with his second La Liga title at Real Madrid. His side finished five points ahead of arch-rivals Barcelona.

After an embarrassing sacking from the Spanish national team, and an underwhelming spell at Real Madrid, Julen Lopetegui was given another chance at Sevilla – and he took this chance emphatically.

The 54-year-old won his first piece of silverware as a manager this August, defeating Antonio Conte’s Inter Milan 3-2 in the final of the Europa League.

Many were shocked to see Leeds United boss Marcelo Bielsa included in the shortlist.

Getting Leeds back into the Premier League seemed to be an almost impossible task at times. No matter how close they came, they could never seem to get over the line.

Marcelo Bielsa arrived at Elland Road in 2018. After play-off heartbreak in his first season, he led the Yorkshire club to a resounding Championship title, finishing ten points ahead of West Bromwich Albion.