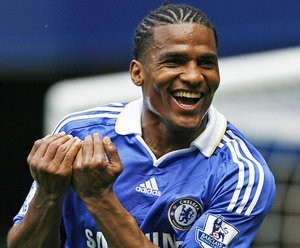 The international break is over, which means Premier League football returns this weekend. Which means the Soccerlens Fantasy Football Game returns too. For those unaware, the Soccerlens Fantasy Football Game is played week to week. It’s not about accumulating points over the season, it’s about winning points – and cash prizes – in every week of Premier League action.

My Soccerlens All-Star team is still glowing from the success of week three, where we played at the Silver Level and won $25 by topping our 11 team mini-league. Result. This week we’re bumping up to the Gold Level, which costs $9.99 to play, with $80 available in prize money to split between the teams finishing first, second and third.

The big lesson from week three is that it’s all about looking at the fixture list and spotting potential beatings. This week I look at Newcastle vs Blackpool and think goals. I also see West Ham vs Chelsea and West Brom vs Spurs and think the away teams look likely winners. I fear for West Ham especially.

It’s also worth thinking about form and injury. For example Florent Malouda apparently can’t stop scoring goals for Chelsea in the Premier League and also scored for France vs Bosnia on Tuesday, while Jermain Defoe might have been in hat-trick form for England, but is now out for six weeks or more with an ankle injury. One England man who seems to be in form is Man City winger Adam Johnson, who scored against both Bulgaria and Switzerland. If Johnson plays for City vs Blackburn, then I wouldn’t bet against him doing it again.

So what are you waiting for? Sign up now and pick your team for week four of the Soccerlens Fantasy Football Game. You can play in the Practice game for free (but with no cash prizes) or you can sign up for the Silver, Gold or Platinum games and win some money.