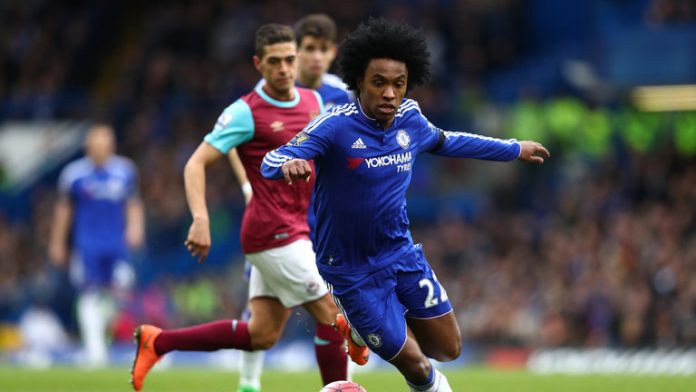 Chelsea have reportedly rejected an offer from Spanish giants Barcelona in signing Willian in the summer transfer window.

As per the reports gathered by the Daily Mail, the Catalan capital side had set their sights on signing the Brazil international star, who is now with the national team in Russia for the FIFA 2018 World Cup.

Barcelona won the La Liga comfortably as they had no tough competition from Atletico Madrid, while Real Madrid were focusing on winning the Champions League last season. Barcelona also won the Copa del Rey and with that, they completed the domestic double.

The report from the Daily Mail claims that despite winning the La Liga and the Copa del Rey, Barcelona manager Ernesto Valverde wanted to sign Willian from Chelsea.

They see the former FC Shakhtar Donetsk player as a playmaker who can play in many positions and linkup with former Liverpool star, Philippe Coutinho.

Barcelona have the first hand experience of how good Willian is when they were pitted against Chelsea in the knockout stages of the Champions League.

Willian’s agent had travelled to Barcelona to negotiate with them. The opportunity to play in Spain is tempting for the 29 year old and Barcelona even made a bid of 50 million pounds in signing the Blues forward in the summer transfer window.

As per the information of the Daily Mail, Chelsea have rejected the offer from Barcelona. This will come as a massive boost for Willian’s former manager Jose Mourinho and the club he manages, Manchester United.

Willian has two years left on his contract with the FA Cup winners. The Daily Mail goes on to claim that Jose Mourinho and Manchester United tried to sign him in the January transfer window. However, Antonio Conte told the west London club not to sign him.

If Chelsea receive a good offer for Willian, they will sell him in the summer transfer window as he will turn 30 in August. Manchester United are still interested in signing Willian this summer.