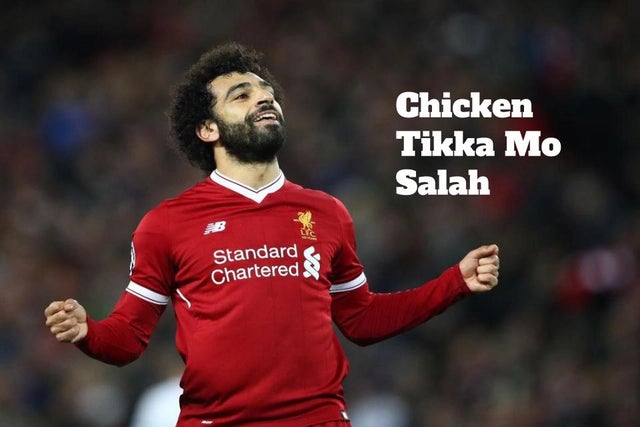 Sure, juggling the allotted budget can be tricky, particularly if you are trying to squeeze Sergio Aguero, Mohamed Salah, Harry Kane and Virgil van Dijk into the same (perfect) Fantasy Football team.

However, after a bit of head-scratching, every player manages to get the job done and the team is eventually ready to take on the Fantasy Football world.

At this point, there is just one last thing that needs to be resolved – and it’s an important one – what should your Fantasy Football team name be?

Over the years there have been some truly brilliant examples of names in Fantasy Football as players have used their creativity to make their team stand out from the rest.

If you want some inspiration for your next Fantasy Football team, read on as we attempt to wade our way through some of the best names around.

The majority of team names in Fantasy Football are clever word plays based around the names of popular clubs or players.

Commonly used names include the simple, but highly effective, Brian Munich, and the food-based gem that is Dynamo Chicken Kiev.

If you are looking for something with a bit of Spanish flavour, Pathetico Madrid and Real SoSoBad have featured in many Fantasy Football leagues in the past.

For players who are unsure of their team’s abilities, We’re Going Toulouse certainly hits the spot, while more confident types might try using Bayer Neverlosen.

Anyone searching for team names based on players could do worse than consider Neville Wears Prada, although whether either Gary or Phil could carry off their garish designs is another matter!

Le Saux Solid Crew is another popular team name in Fantasy Football circles, while No Kane No Gain will undoubtedly appeal to Tottenham Hotspur fans.

3 Men and a Bebe is a smart rework of a popular 1980s movie and Let’s Get Messi does the business for those players who like a few lagers thrown in with their Fantasy Football games.

However, we can surely all agree that Balotelli-Tubbies is really funny given Mario’s ability to chuck in a tantrum or two when he’s playing.

Gangster’s Allardyce also raises a smile with the Sportlens team (brown envelopes etc), while For Fuchs Sake brings out the kids in us.

50 Shades of John O’Shea should put a smile on your face, if only for the reason that you couldn’t begin to imagine him being the lead character in the book.

Britney Spears fans (do any of them play Fantasy Football?) will undoubtedly love Hit Me Bebe One More Time, while Murder on Zidane’s Floor is another funny one for music lovers.

Food-based names slip nicely into the funny category too, with Crouch Potato, Diego Costa Coffee and Who Ate All Depays? amongst our favourites.

However, you will have to go a long way to top Chicken Tikka Mo Salah which is undoubtedly one of the best Fantasy Team names around.

If you are still searching for inspiration, we’ve worked hard to try and narrow down the field in this section with a few of our recommended Fantasy Football team names.

Benteke Fried Chicken is a good place to start because, unless you are a vegetarian, who doesn’t like chicken that has been deep fried?

Turkish De Ligt and Tea & Busquets are two simple yet subtle ideas that tick all the right boxes for anyone looking for something with a bit of a European flavour.

One of the best areas to explore if you’re looking to name your team is entertainment, with the music and television industries offering loads of opportunities to get creative.

For instance, Giroud Let the Dogs Out? and Fiorentina Turner are very effective, while The Cesc Pistols and Cesc and the City are perfect for fans of Fabregas.

If bouncy rock tunes are more your thing, All the Smallings and Blink-1 Eto’o are a fantastic nod to American band Blink 182.

While all of the above are brilliant in their own rights, you would be hard pushed to top Dzeko and the Bunnymen – a truly excellent Fantasy Football team name.

The idea behind humorous Fantasy Football team names has undoubtedly been inspired by some weird and wonderful football club names.

There is probably no better place to start than Deportivo Wanka, a Peruvian team who have developed a cult following due to their ‘unusual’ name.

The club is named after the Wankas people who lived in the city of Huancayo and who were surprised to discover that the name has caused such merriment.

Following a similarly smutty theme, for those of you with dirty minds, Indonesian club Semen Padang will probably have you chuckling right now.

Botswana perhaps has the monopoly on silly club names, with the likes of Meat Commission, Naughty Boys and Golden Bush fit to grace any Fantasy Football league.

On the funny player names front, the mere mention of German international Stefan Kuntz is always guaranteed to raise an infantile chuckle amongst football fans.

However, the likes of Danny Shittu, Uwe Fuchs and the splendidly named Quim also deserve a shout-out given their rather unfortunate names.

Got more fantasy football team names that you think should be on this list? Send in your suggestions and we’ll add them to the list!