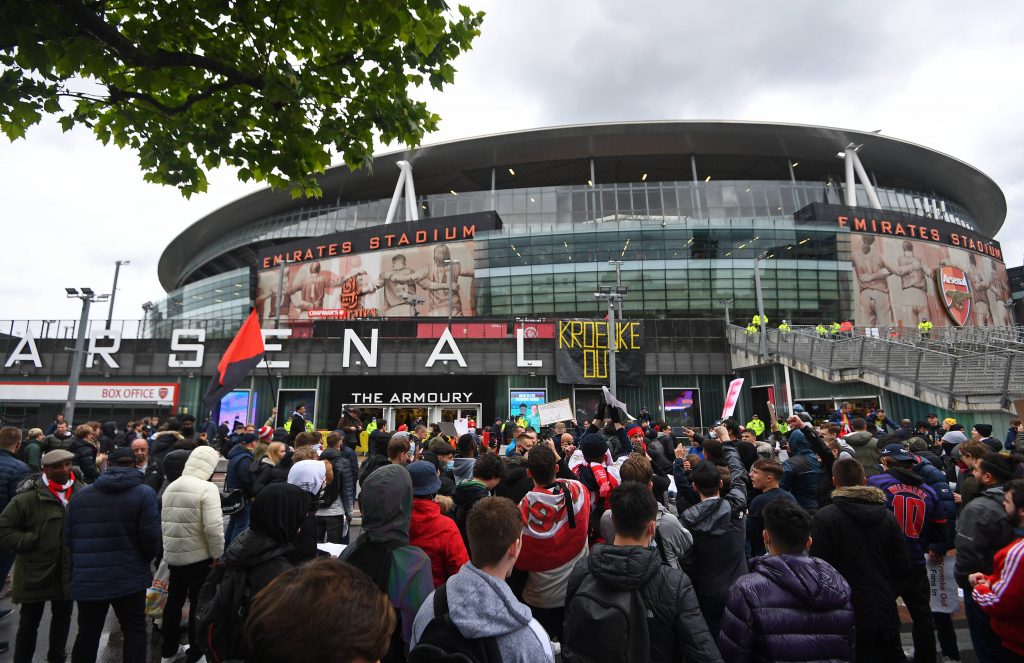 Arsenal have become the latest club to sign a deal with streaming giants Amazon, the club have confirmed via Twitter.

The Gunners will be the subject of a documentary over the coming 2021/22 season as part of Amazon’s ‘All or Nothing’ series.

We will get to see exclusive behind the scenes footage of what goes on at the club, on the training ground and in the dressing room.

The series first focused on American football, with the NFL’s Arizona Cardinals the first team to get an All or Nothing documentary back in 2015.

Since then, the series has branched out into other sports, such as football, rugby union and ice hockey.

Manchester City were the first football club to be covered by Amazon in a documentary, letting the cameras in for their memorable 2017/18 campaign when they hit a record 100 points in a Premier League season.

Tottenham Hotspur were the next English club in the series for their 2019/20 season.

During this time, we saw the departures of key figures such as Mauricio Pochettino and Christian Eriksen and an insight into the management style of Jose Mourinho.

But the series hasn’t just been limited to Premier League clubs. Juventus, Bayern Munich, and the Brazil national team have also signed deals with Amazon.

The series is likely to have around nine episodes, all of which will be somewhere between 45 minutes and an hour in length. It is expected to be released sometime in August 2022.

Some Arsenal fans were very excited following the announcement

The next installment of Amazon’s All or Nothing series will be covering Arsenal for this season. Filming is set to start in a couple of weeks.

If you haven’t watched the series before it will show behind the scenes footage of everything that happens at the club.

Arsenal are doing the Amazon All or Nothing documentary for this up and coming season I really hope we have a good one.

Arsenal will be the subject of Amazon's 'All or Nothing' documentary this season.

It's going to be embarrassing

So in our worst period in history we decide to document it 🤦‍♂️🤦‍♂️ this will be so embarrassing. No doubt a load of PR acting to show the fans how hard they try and how much they care. Better do something good this season ffs

But rival fans were rubbing their hands together at the prospect

So you telling me we can watch what happens inside the Banter FC? pic.twitter.com/khwbuKOwBz