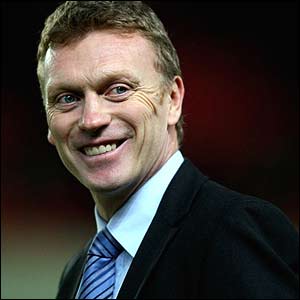 English side Everton travels to Lisbon to face Sporting in the second leg of the Europa League round of 32.

English Premier League side Everton have been in terrific form as they look to hold onto a 2-1 aggregate. The Toffees won the first leg on goals from Steven Pienaar and Sylvain Distin at Goodison Park. Sporting’s lone goal was from Miguel Veloso.

Everton have beaten Manchester United and Chelsea in their last two EPL matches. They are playing as good as anyone in England but have will a tough test at Lisbon. These wins have been at home and playing on the road is not as easy.

The rise in form from Everton has been for a few factors. One major factor is they’ve gotten players back from injuries. Another reason for the recent success is American Landon Donovan who is on loan from the LA Galaxy until the middle of March. Donovan and Pienaar have good speed on the wings that has stretched defenses and opened up space for strikers Saha and Cahill.

Sporting is on a terrible streak, losing five of their last seven matches, and in 4th place in the Portuguese Liga table. If recent form is any indication of how they will play on Thursday, it is not looking good for Sporting against Everton. In those seven matches, they’ve scored five goals while conceding twelve.

Lisbon is led by Liedson with six goals, Moutinho with three, and Fernandez with three. Everton’s top scorer is Louis Saha with thirteen goals, followed by Cahill (4), Bilyaletdinov (4), and Pienaar (3).

Everton tends to play disciplined football and won’t take a lot of chances with a lead from the first leg. Sporting will be the team on the attack as they have to score goals. If they send too many players forward, Everton are more than capable of a dangerous counterattack with Pienaar and Donovan’s speed. It won’t be an easy match for either side and there should be several goals.

Sporting will have the advantage at home but Everton are playing excellent football. It will end in a 2-2 draw with Everton winning 4-3 on aggregate.