England v Brazil: Gerrard to partner up with Wilshere to face Ronaldinho 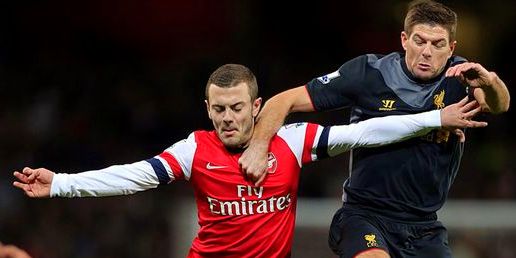 England will play their first international fixture of 2013 when the Three Lions will face footballing giants Brazil at the Wembley Stadium on Wednesday. The match is the first of a series of Wembley fixtures arranged to celebrate the 150th anniversary of FA.

Brazil, the host nation for the 2014 World Cup, are looking to start a new journey under Luis Felipe Scolari (appointed in November last year) and would be hoping to start the year on a positive note.

After another disappointing exit in the Euro 2012, England are looking to prepare themselves strongly ahead of the World Cup next year. Roy Hodgson hardly got time to work with the players before the Euros and therefore will come under scrutiny in this preparatory phase. His real test begins now.

He is looking to give fresh young talents across the country a chance to show their mettle with an intention of finding a winning formula for the side.

Despite acknowledging the fact that the prospect of facing a highly talented Brazil side is mouth-watering, England have already set their sights on the upcoming World Cup qualifiers with San Marino and Montenegro respectively that holds far greater significance.

Left-back Ashley Cole will become the seventh player in the history of English football to earn 100th cap for his nation if he is selected for the game.

Hodgson is thinking of shaping his future central midfield partnership with the dynamic duo of skipper Steven Gerrard and Arsenal youngster Jack Wilshere. The 21-year-old, who Gerrard thinks has the potential to be one of the best in the world, will make his first start for England in 20 months.

Arsenal forward Theo Walcott, who currently holds the record for being the youngest ever player to make his full international debut for England demanded a role up front alongside Wayne Rooney after an impressive season up front for his club.

The most successful national football team in the world slipped to 18th in the FIFA World Ranking in 2012 which is their worst ranking ever in their illustrious history.

The Big Phil is not only expected to continue the project of rebuilding the side, started by his predecessor Mano Menezes, but to better it.

The 2002 World Cup winning coach has named experienced international players like Ronaldinho, Luis Fabiano and Julio Cesar alongside a band of exciting young talent. In contrast to Menezes’ philosophy of rebuilding and renovating the squad gradually, Scolari will be asked to bring back the winning mentality in the side.

The inclusion of veteran Ronaldinho raised few eye brows and is a wild card for Scolari, but the former Chelsea manager knows the importance of having senior pros in the side. 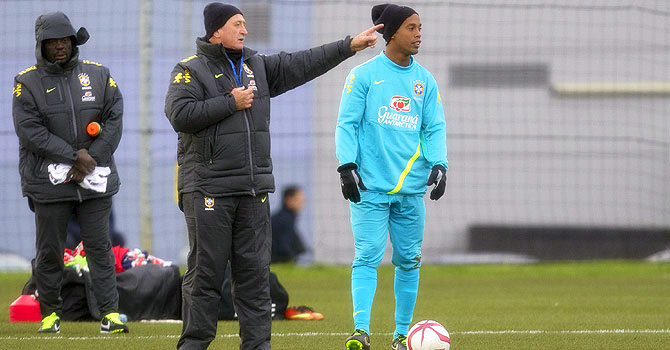 It was the former Barcelona magician, now approaching the end of his career, who single-handedly destroyed England in 2002 World Cup in Japan and will be expected to unleash one final piece of brilliance from his vast repertoire of skills.

Lazio midfielder Hernanes has been included in the side however there was no room for Kaka despite his brilliant performances in recent outings for Brazil. Thiago Silva and Marcelo are both injured and didn’t make up the squad while David Luiz is doubtful too for the tie.

Wayne Rooney has scored 32 goals in 78 appearances for England so far and could break Michael Owen’s tally of 40 goals. The all-time leading goal scorer however for England is Manchester United legend Sir Bobby Charlton, who has scored 49 international goals, followed by now Match of the Day host Gary Linekar with one goal less to his name.

In terms of statistics, very few teams can match the records of Brazil. They are the only team to have won the World Cup five times. Ronaldo, one of the greatest striker the nation has ever produced, holds the record of scoring most goals in the WC than any other player in the world, with 15 goals to his name.

Four players from the South American nation have scored more than 50 international goals in their career with legendary Pele leading the chart with 77 goals, 15 more than great Ronaldo.

England and Brazil have faced each other 23 times in all competitions, where the Canarinho hold one-sided dominance in the fixture, winning 11 of them and drawing nine. The sides last met in 2009/10 when Brazil defeated England by a solitary goal, courtesy of Nilmar’s strike.

In fact, England have not defeated Brazil in their last eight meetings and their last victory came almost two decades ago. 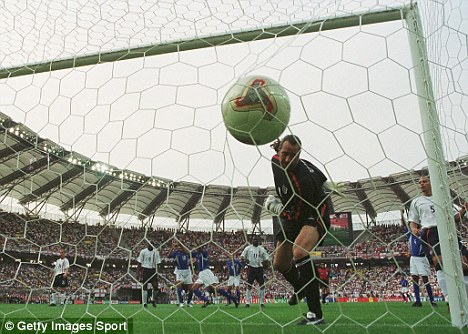 Though England lost against Sweden in their last International friendly, but Hodgson’s side are enjoying a good run of form at the moment since August 2012. It was their only defeat in last six games and have won by five goals margin on two occasions against Moldova and San Marino.

Likewise, Brazil’s form since August hasn’t been bad either. They suffered only one defeat, at the hands of Argentina recently, but apart from that have won six out of last eight games, drawing the other one.

There is an air of optimism surrounding the England camp at the moment. However, the first half of 2013 should be the introspecting phase for the nation.

How will Wilshere and Gerrard cope up in the middle? How will the defence coalesce in the absence of John Terry? Will Walcott be given his desired position? Will Sturridge or Defoe cement their place in the side?

Brazil find themselves in similar kind of situation. They have tried several failed projects in the last few years but finally have turned their attention towards their former winning coach to deliver success.

Moreover, it is just a friendly. England have other priorities to deal with. So, despite the glamour of the fixture, a draw would be a perfect result for both the teams.