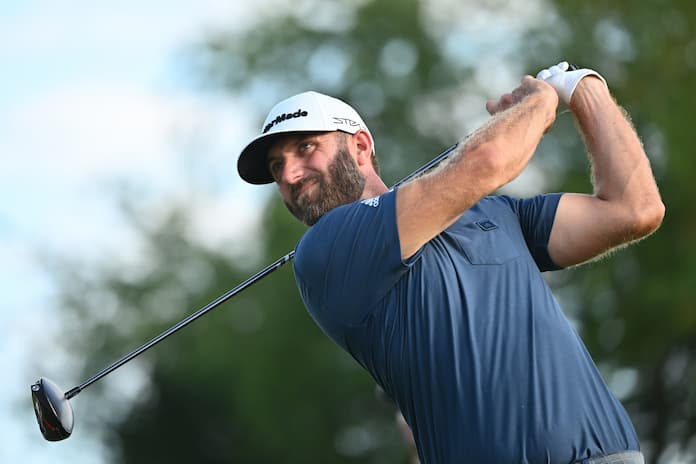 Since joining LIV Golf from the PGA Tour, Dustin Johnson has earned an unbelievable sum of money. Despite already being a multi-millionaire, DJ’s career earnings have shot up even further after accumulating over $30 million in just seven LIV golf events.

Since making the move from the PGA Tour to LIV Golf, it’s fair to say that Dustin Johnson has enjoyed a fruitful debut season.

Having won two major championships as well as a plethora of big PGA tour events, Johnson was already a multi-millionaire. However, his career earnings have continued to rise at a rapid rate since joining LIV.

In just seven LIV Golf events so far, it is reported that Dustin Johnson has earned over $30 million in prize money. Quite mind-boggling money, for a man who already had millions in the bank and who had already won more money than most of his fellow professional golfers.

Here is the full breakdown of DJ’s prize pot numbers:

To put this in perspective, winning The Masters, which is arguably the biggest golf tournament in the world, earns you about $2.7 million. That’s what world number one, Scottie Scheffler, won for triumphing at Augusta National earlier this year.

Another comparison you can draw between Johnson’s LIV Golf earnings and that of the PGA Tour is looking at Tony Finau’s professional golf career. Finau is widely regarded as one of the best players in the game without a doubt, but the numbers are quite staggering.

In his full career, Tony Finau has played in 216 events on the PGA Tour. This has equated to $31.5 million in prize money for the American. An unbelievable sum of money. But compare that to what Johnson has earned in seven events at LIV Golf and it is chalk and cheese.

The fact Dustin Johnson has earned more money in seven tournaments with LIV than Tony Finau has in his who career is quite scary.

You can make your own mind up as to whether this is morally right or wrong. But one thing is for certain, DJ won’t be having sleepless nights about not being able to afford everyday essentials anytime soon!