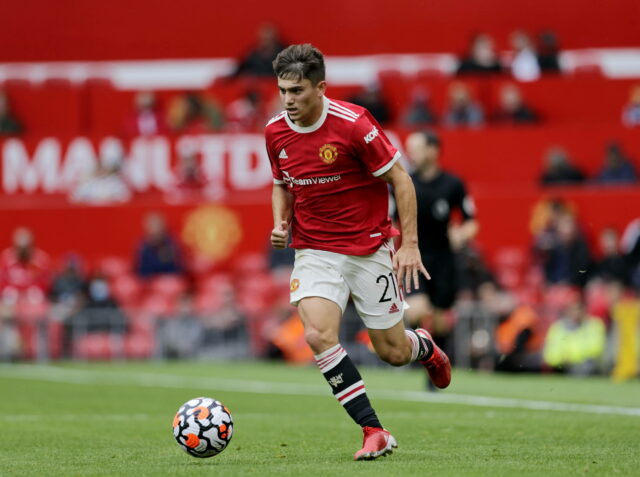 Leeds United are expected to complete a deal for Daniel James on the transfer deadline day.

The Whites have agreed a deal with Manchester United, reported to be around an initial £25 million plus add-ons.

The Athletic’s Phil Hay has claimed on Twitter that Leeds are ‘happy’ with the transfer fee, and the 23-year-old is ‘preparing to undergo’ his medical this morning.

Dan James preparing to undergo his Leeds United medical this morning. Everything in order. Leeds happy with the £25m fee – feel it’s realistic in comparison to fees paid for Willock/Buendia/Abraham etc this summer. @TheAthleticUK

Joe Willock, Emiliano Buendia and Tammy Abraham have secured big-money moves this summer, and Leeds feel the fee is ‘realistic’ compared to what others have paid.

James r came close to joining Leeds in January 2019, but the deal didn’t materialise. He went on to join Man United in the summer for £15m.

Everton have never been in the race or hijacking the deal. #EFC #DeadlineDay

He has made over 70 appearances for the Old Trafford club and showed occasional flashes of brilliance.

Ole Gunnar Solskjaer wasn’t keen to sell him this summer, but following the signings of Jadon Sancho and Cristiano Ronaldo, the club made him available.

James was also linked with a move with Brighton & Hove Albion, having played under manager Graham Potter at Swansea City.

Everton, Leicester City and Crystal Palace have also shown interest in James, but Leeds are on the verge of securing his signature.

Marcelo Bielsa is a big fan of the player, and the Argentine can get the best out of him.

Leeds are unlikely to sign any more players today after capturing James, although a midfielder would have been a handy addition.