Although Arsenal’s clash with Liverpool is the mostly highly-anticipated Premier League fixture this weekend, Manchester City’s title defence has the potential to be completely derailed in the next 72 hours.

With Manuel Pellegrini’s men facing a tricky trip to Crystal Palace on Monday night, the champions could well end the round in fourth place as Manchester United start to puff out their chests.

Meanwhile, Bayern Munich’s clash with Borussia Dortmund promises to be an intriguing Bundesliga encounter, but the Bavarians’ dominance over domestic proceedings has taken some of the appeal out of the German top flight.

Ahead of today’s home game against Aston Villa, the soundbites coming out of Old Trafford are of an ambition to overtake cross-town rivals City and finish second in this season’s Premier League.

Following impressive victories over Tottenham and Liverpool, Louis van Gaal’s men have started to look like the feared United of past days and will hope to leapfrog the Premier League champions, at least for 48 hours, with victory today.

Van Gaal and Juan Mata have both come out stating that their ambitions are to finish second this season and looking at it objectively there is every chance that they can. 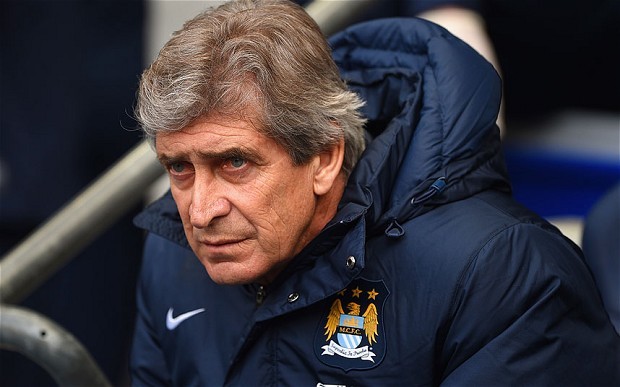 City have seemingly lost their early-season swagger and are limping towards the finish line, as United sprint towards the medals podium.

An over-reliance on Yaya Toure, David Silva, Sergio Aguero and Joe Hart has led to rumblings of a widespread overhaul of the playing squad this summer, while City have a job on their hands to fight off a resurgent United and Arsenal in the last eight games of the campaign.

With Roberto Mancini sacked after failing to retain the Premier League title, Pellegrini surely faces a similar fate – and especially if City allow United to finish above them this season.

Bayern vs Dortmund – does anyone care?

A couple of years ago, a clash between Bayern Munich and Borussia Dortmund would be one of the most exhilarating clashes in European football, with the German rivals embroiled in a captivating Bundesliga arm wrestle for a number of campaigns.

In 2010-11 and 2011-12, it was Jurgen Klopp’s men that won the fight against the Bavarian powerhouses, but this overachievement has been stamped out and normal service has been resumed since.

Bayern’s bullying of the rest of the Bundesliga makes them an enemy for the other 17 teams, while the uneven playing field in which the division operates is to the detriment of the German top flight as a whole.

The Allianz Arena outfit’s solution to Dortmund’s defiance was to poach their two best players, Robert Lewandowski and Mario Gotze, which effectively ended any questions over who would win the title in subsequent years.

Although Dortmund can win today’s clash if they play to their best and Bayern have shown in defeats to Borussia Monchengladbach and Wolfsburg recently that they are fallible, the dominance of Pep Guardiola’s team is the one downside to the Bundesliga.

With attendances on the rise, young stars opting to stay at home rather than move overseas, the national team winning the World Cup and Bundesliga sides excelling in Europe, German football is as strong now as in any time in recent memory.

However, despite most people hoping for a Dortmund victory today, Bayern’s unrelenting stranglehold over the domestic game shows no sign of being relinquished any time soon – which takes some of the appeal away from the league as a collective.