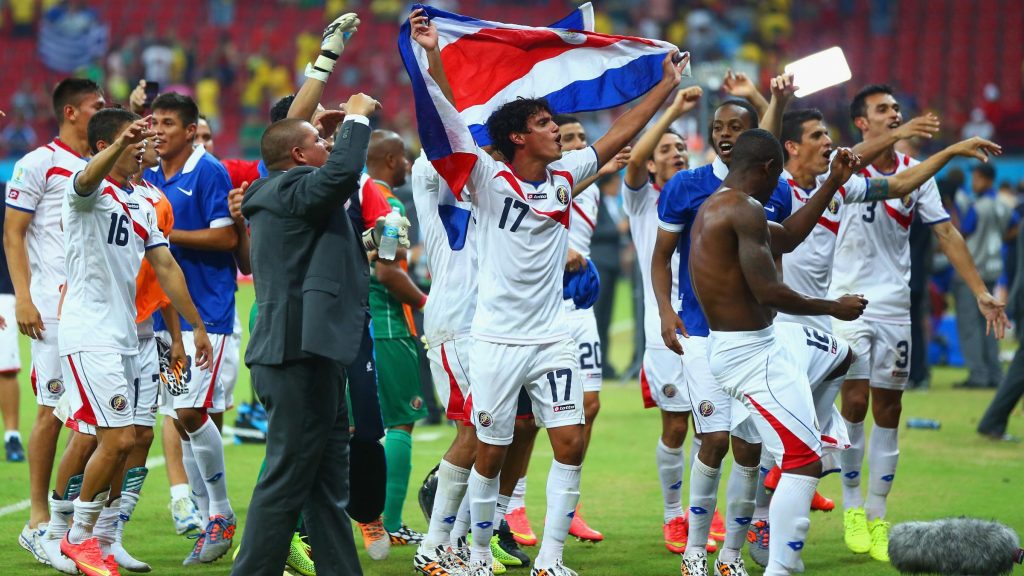 After their heroics in Brazil four years ago, Costa Rica will again look to overachieve when they return for the World Cup in Russia.

No-one fancied the minnows to get to the quarter-finals last time round but opponents will now know that they cannot afford to underestimate Los Ticos.

That said, Costa Rica will enter Group E as arguably the least fancied side as Brazil, Switzerland and Serbia await.

Costa Rica travel to Russia with a mature squad of experienced professionals and a group that has remained largely the same over recent years.

The Central American country’s bigger names all ply their trade in European club football but they also have a number of players that will be relatively unknown to most.

The 23-man squad is largely as predicted but a number of players on MLS clubs’ books have missed out on the final group.

Experienced defenders Roy Miller and Michael Umana, who boast 160 caps between them, have been left at home.

After Jose Luis Pinto left the managerial hotseat following the 2014 World Cup, Paulo Wanchope was briefly in charge before Oscar Ramirez took the reins in 2015.

The 53-year-old won 75 caps for Costa Rica as a player and has made a living as a manager in his homeland over the last 10 years.

The step-up to international management has seen Ramirez lead his nation to the World Cup but after Pinto’s efforts in Brazil he has big shoes to fill.

Costa Rica will play with a three-man central defence, which is the bedrock upon the team is based and will allow Europe-based wing-backs Cristian Gamboa and Bryan Oviedo to get forward.

A compact midfield will allow Bryan Ruiz a level of freedom to create ahead of it, while Los Ticos have a number of industrious and fast attackers.

Costa Rica’s team ethos should be commended and the squad will come out and fight for one another in Russia.

While Ruiz is the side’s creative fulcrum and the national captain, it will be at the other end of the pitch where Costa Rica will rely on a couple of old heads.

Keylor Navas has proven himself as one of the best goalkeepers in the world game and has been vastly successful at club level with Real Madrid.

The Costa Rica squad will look to their stopper for guidance and a standout individual performance or two from the 31-year-old could be needed for the Central Americans to compete for a qualification place.

While the Real Betis striker will enter the tournament as a player opponents know plenty about, the 25-year-old still has a lot to prove.

Having impressed at Arsenal but not enough to command a regular first-team place, the journeyman has done a job at a number of other clubs without reaching his considerable potential.

Campbell will be Costa Rica’s main goal threat and a handful for opposition defences. Should he have a good tournament, it will be interesting to see if a top club comes in for him once more.

Los Ticos shocked world football by topping a group containing Italy, England and Uruguay four years ago and as such should not be written off.

As such Costa Rica have a chance to contest a top-two place this time round with Serbia and Switzerland but it seems unlikely that they will repeat their heroics from 2014.