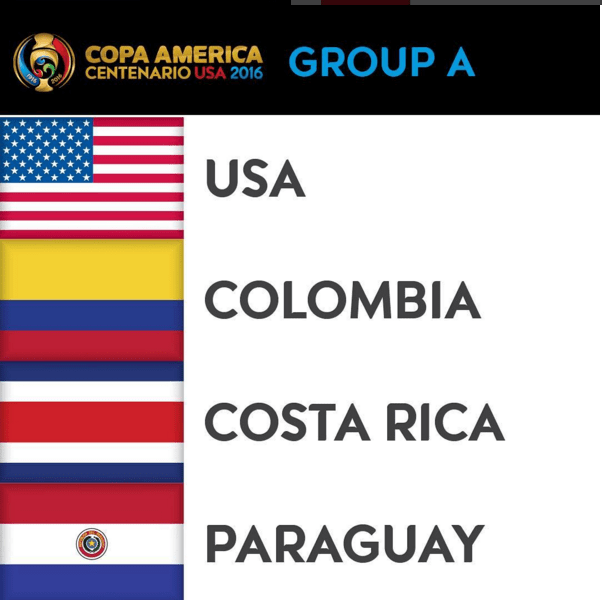 Copa America’s Group A ends tonight. One ticket is already safe in the hands of the Colombian National team, so the three remaining things will have to fight for the remaining spot. By the end of the night, two teams will be gone for good. So, what do teams need to do to get that coveted ticket to the quarter-finals? Here is a detailed answer to that question, in every case.

The team with the best possibilities to make it is the United States, they have everything in their hands to get through to the next stage and don’t leave a party that’s happening at their own house. Paraguay hasn’t been consistent enough to be a real opponent, but they had glimpses of brilliance against Colombia, and if they are focused tonight, they have a strong chance to ruin an entire nation’s hopes.

Costa Rica, on the other hand, is practically out. Not only have they not shown any of the magic they had during Brazil 2014, but they are conceding too many goals and haven’t scored a single goal. If they’re going through, they need to have a goal fest and that is the slimmest possibility of all.

This is your guide to understanding what needs to happen tonight for each team to go through to the next round of the Copa America. In my opinion, the USA will join Colombia in the next round and they will probably face Brazil. That would be a better way to go out, but leaving their own Copa t at the group stage is just not acceptable.