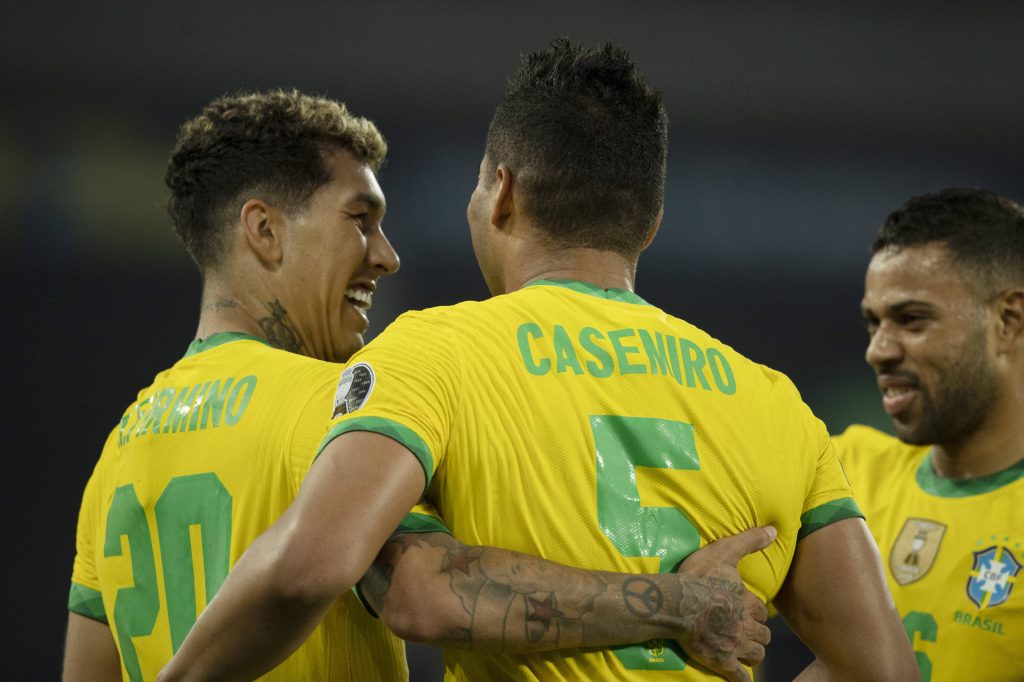 Group B at Copa America is approaching its end, with just one round of fixtures left to go.

Last night, Brazil played their third game of the contest against Colombia, while Ecuador and Peru faced off in Goiania.

Here is a recap of the action.

Ecuador came into the game needing a result, having picked up just one point from their first two games. Peru, on the other hand, had just pulled off a shock win against Colombia.

But it was the underdogs who made the breakthrough when Pervis Estupinan’s low cross was turned into his own net by Renato Tapia.

And Ecuador doubled their lead just before half time. Damian Diaz’s free-kick found Ayrton Preciado unmarked in the six-yard box, and he bundled home for two.

After the break, Peru got back into it, scoring two to draw level within ten minutes of the restart.

The first came via Gianluca Lapadula, who converted after being played through on goal by Christian Cueva.

And Lapadula was heavily involved again in the equaliser. He twisted past defender Robert Arboleda and squared for Andre Carrillo, who finished into the bottom corner.

Despite letting a two-goal lead slip, it is a decent point for Ecuador, who will qualify for the next round as things stand. They go into a clash with Brazil needing to match Venezuela’s result against Peru.

As for Peru, they are still at risk of a group stage exit. However, a win against Venezuela will seal second place for them.

Brazil had made a perfect start to the tournament, but this came under threat in the tenth minute with a moment of magic from Luis Diaz.

Juan Cuadrado swung in a cross, and Diaz acrobatically volleyed in at the far post to put his side ahead.

Brazil pressed for an equaliser but were struggling to break down a firm Colombian defence.

That was until the 78th minute when Roberto Firmino headed in from Renan Lodi’s cross. David Ospina will have been disappointed to let it in, having got both hands to it.

With the final whistle approaching, Brazil snatched a winner in the TENTH minute of added time. Neymar’s corner was met by an unmarked Casemiro at the near post, and he buried his header.

The three points continues Brazil’s 100% record in the competition and confirms their place at the top of Group B. Colombia have also qualified for the knockout stage but can only finish third or fourth.