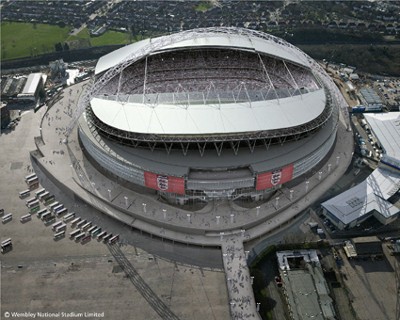 Michel Platini, the president of UEFA, confirmed that Wembley had been awarded the ‘finals package’ after the only rival bidder, the German FA, said they were more interested in hosting Euro 2024 solely.

The UEFA president’s scheme is to stage the European Championship across 13 cities as a one-off celebration of the 60th anniversary of the competition.

In two years, France will host Euro 2016 and it will have as many as 24 nations competing for the first time. The previous five tournaments had 16 participants.

Belgium & the Netherlands became the first co-hosts of the tournament in 2000 and now three of the past four tournaments have been split in two different countries – Austria & Switzerland in 2008 and Poland & Ukraine in 2012.

Wembley Stadium has hosted the UEFA Champions League final twice in the past four seasons and is considered to be one of the biggest and best stadiums in world football and arguably the best for commercial opportunities.

This will be the first tournament England has (co-)hosted since Euro 96 where the England national team reached the semi-finals. They have not reached as far in any tournament since.

Scotland’s Hampden Park and Ireland’s Aviva Stadium will both host three group stage games and a round of 16 fixture. The Millennium Stadium in Cardiff missed out completely.

Amsterdam, Bilbao, Bucharest, Budapest, Brussels, Copenhagen, Dublin, and Glasgow will all host three group stage matches and one round of 16 game.