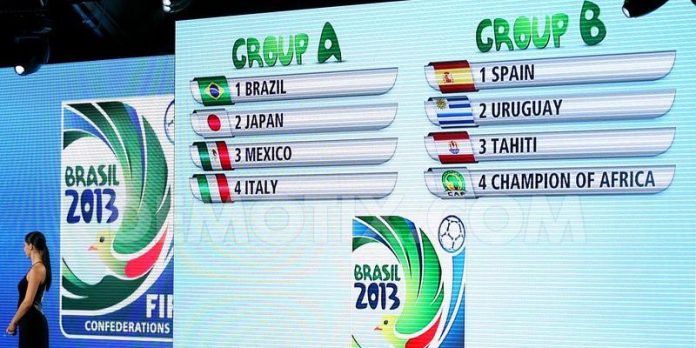 The 2013 Confederations Cup kicks off this weekend in Brazil, with a number of the favourites for next year’s World Cup taking part. The mini-tournament only features eight teams, but the hosts, Spain and Italy will look to flex their muscles ahead of the real event next summer.

The trio of traditional giants are clearly keen to win the tournament, as all three have selected all but full-strength squads. If you fancy a bet on an outsider, the likes of Japan, Mexico or Uruguay will give good online betting odds, but chances are that it will be one of the big three that win the tournament.

Hosts Brazil have swapped managers and now have Scolari back at the helm. It is important that the home nation put in a good showing to build confidence ahead of next year’s competition, and the new coach has picked a squad capable of winning the tournament.

Although Internacional forward Leandro Damiao is unavailable through injury, all the other big names are there with the exception of omitted Kaka and Ronaldinho. Neymar, Oscar, Thiago Silva, Marcelo, Hulk, Lucas Moura – the list of talent available to Luiz Felipe Scolari for the Confederations Cup is enviable.

Italy have been drawn alongside Brazil in Group A, and have also looked to take their best players to the competition. There is no off-season rest for mercurial veteran Andrea Pirlo, who is joined by seven of his Serie A winning Juventus club teammates. Mario Balotelli will look to makes amends for a recent red card, and Cesare Prandelli also has AC Milan star Stephan El Shaarawy in his contingent.

Spain go into this and every tournament nowadays as the team to beat. Although Xabi Alonso will miss out, the other big names such as Andres Iniesta, Xavi and company are in attendance. 13 of the 23 players selected play for either Barcelona or Real Madrid, while seven play in the Premier League. Fernando Torres and Roberto Soldado are the designated strikers, making the cut ahead of Alvaro Negredo.

All in all it should be an interesting and exciting Confederations Cup. Tahiti get a chance to mix it with the big boys, while the hosts will be out to prove a point, and deliver success on home soil in this World Cup warm up.