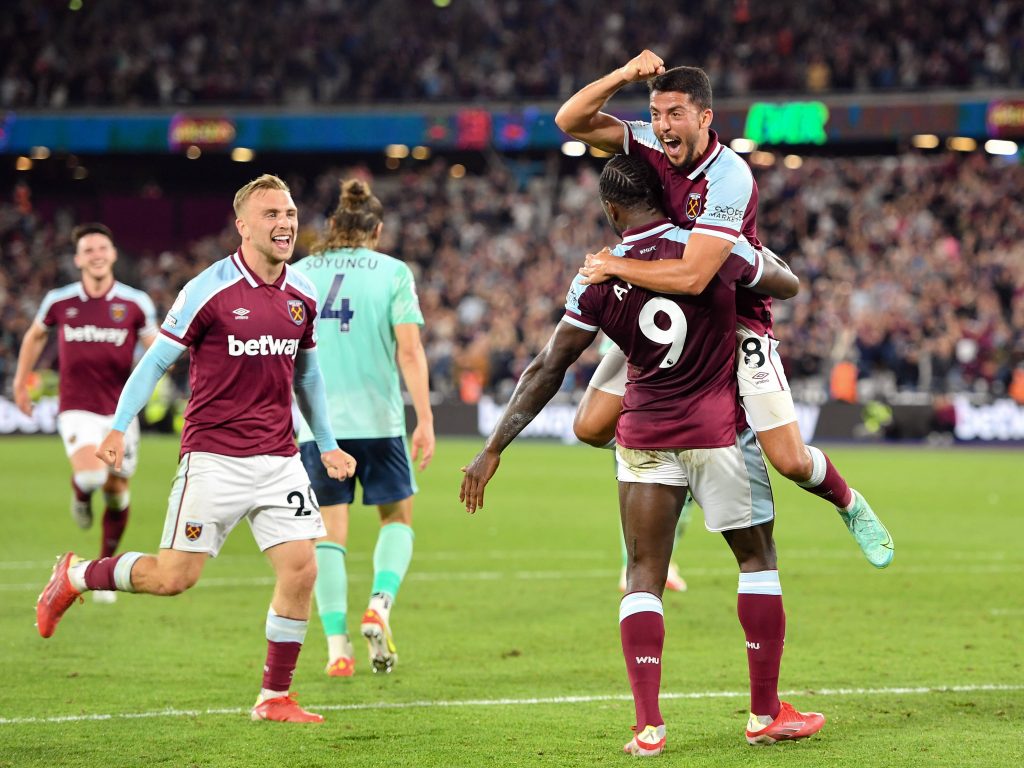 West Ham United continued their fantastic start to the Premier League season with a 4-1 win over Leicester City last night.

Michail Antonio scored a second-half brace and helped set up Said Benrahma’s goal for the Hammers.

The 31-year-old has been in red hot form for the Hammers this season, and the fans will be hoping for more of the same in the coming months.

Antonio has been leading the line for West Ham since the departure of Sebastien Haller to Ajax, and the Hammers have not yet signed a specialist replacement.

They have been linked with several strikers in recent weeks and it remains to be seen whether they can sign a goalscorer before the transfer window closes.

Regardless of what happens, it won’t be easy to take the first-team spot off Antonio given how he has performed in the last two matches.

Chris Sutton and Alan Shearer heaped praise on the West Ham forward for his explosive display against Leicester City.

A proper centre forward’s display from Antonio… absolutely awesome. Holds it in, links up, brilliant finishes, good in the air and works so hard for the team. Great atmosphere at the London Stadium. David Moyes deserved tonight 👏👏👏

Apart from the goals and assists, Antonio worked hard without the ball, and he certainly deserves all the praise coming his way.

Leicester had no answer to his performance, and he was rightly given a standing ovation when he was substituted late in the game.