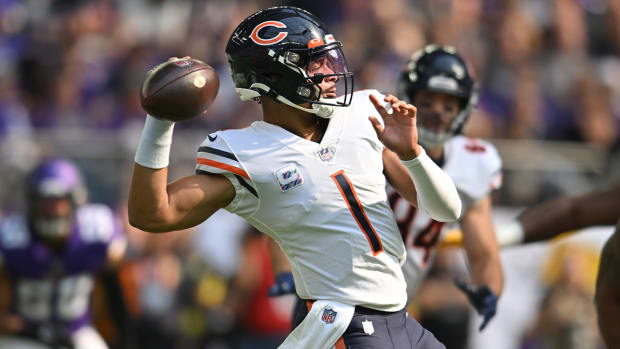 The Chicago Bears are hosting the Washington Commanders on Thursday Night Football on Amazon Prime Video.

The Bears started out slow going three and out on their first drive in which the Commanders issued two sacks.

The Bears’ second drive looked promising as quarterback Justin Fields connects with wide receiver Dante Pettis for a nice gain of 19 yards to set them up in the red zone.

The drive unfortunately ended when Fields threw an interception. The ball deflected off of Commanders defensive lineman Efe Obada and was intercepted by defensive tackle Jonathan Allen.

The 11 play 66 yard drive ends abruptly as the Commanders get only their second forced turnover of the season.

The Chicago Bears and Washington Commanders are currently tied 0-0 in the second quarter.