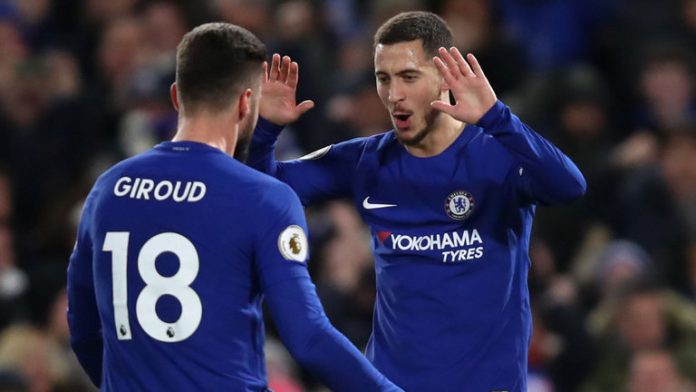 Chelsea and Southampton will clash for the second time in eight days in Sunday’s FA Cup semi-final and the Blues will hope to avoid last week’s fun and games.

Goals by substitute Olivier Giroud (2) and Eden Hazard brought the Blues back from two down to secure a 3-2 victory in the Premier League.

Chelsea’s title defence never really got off the ground this season and the FA Cup represents the last remaining chance for the Blues to claim silverware this term.

Southampton are battling to avoid relegation to the Championship, but manager Mark Hughes will hope cup success will boost his players’ confidence ahead of the run-in.

Chelsea’s Marcos Alonso is suspended for the semi-final after being handed a three-game ban by the FA for violent conduct following his stamp on Shane Long last weekend.

The Blues are also without injured duo David Luiz and Danny Drinkwater.

Southampton defender Jack Stephens is suspended following his red card against Arsenal, while Mario Lemina is injured. Sofiane Boufal could come back into contention.