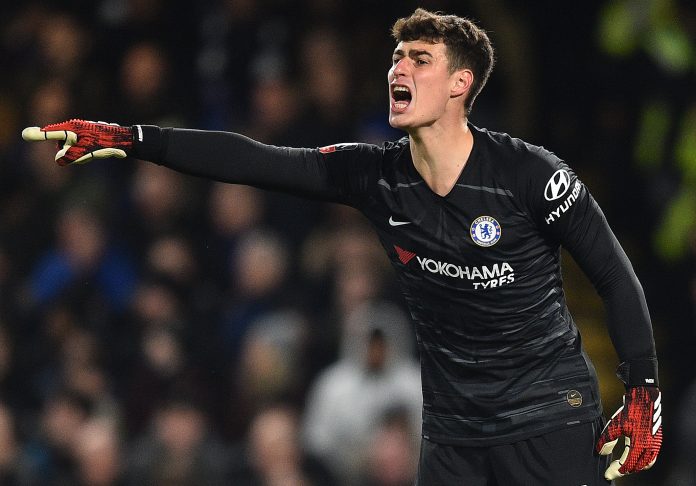 Valencia could be set to offer Kepa Arrizabalaga a route out of his Chelsea nightmare.

The Spanish stopper arrived at Stamford Bridge with a big reputation, but he has failed to live up to the hype.

Arrizabalaga joined Chelsea from Athletic Bilbao for £71 million in 2018 and was tipped to backstop the Blues to glory.

However, his erratic performances led to him being dropped by manager Frank Lampard, sparking talk that he will be sold this summer.

Chelsea have been linked with numerous goalkeepers over the past few weeks, with Ajax star Andre Onana believed to be their number one target.

With Chelsea seemingly willing to offload Arrizabalaga, Spanish media outlet Sport has claimed that Valencia are interested in securing his services.

A return to La Liga may appeal to the 25-year-old, particularly with his place in the Spain’s squad for the European Championships far from assured.

Lampard left Arrizabalaga on the bench for four Premier League games earlier this year, before restoring him to the starting XI for the 4-0 victory over Everton.

Despite that clean sheet, the Spaniard continues to be linked with a move away from Chelsea and it would be no surprise to see him move on this summer.