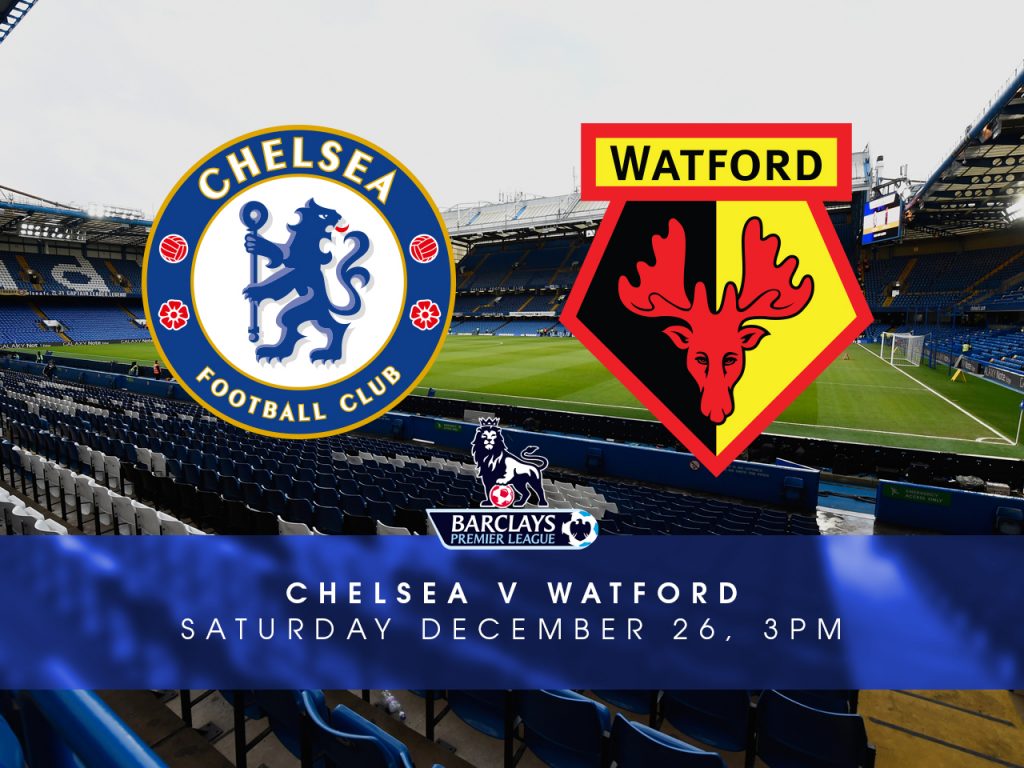 The Dutchman will be hoping to build on his side’s impressive win against Sunderland last week and get their league campaign back on track. Meanwhile, Watford are just one point behind fourth-placed Tottenham Hotspur and will be aiming to pull off another surprise win this weekend.

Quique Sanchez Flores’ side have been outstanding since securing promotion to the Premier League and thrashed Liverpool 3-0 last week.

The Hornets are extremely well organised at the back and will look to hit Chelsea on the counter. The likes of Odion Ighalo and Troy Deeney are in splendid form at the moment and will cause Chelsea’s inconsistent back four a lot of problems.

Defender Gary Cahill is expected to return to the starting lineup.

Apart from that, Guus Hiddink is not expected to make a lot of changes for his first game back in charge.

Chelsea winger Eden Hazard has not trained with the first team since injuring his hip against Leicester City and is expected to start on the bench against Watford this weekend.

Quique Sanchez Flores is expected to stick with the side that demolished Liverpool at home last week.

The only possible change is Valon Behrami, who made his first Watford appearance in nearly two months as a second half substitute in their 3-0 win over Liverpool last week.

The former Napoli man could make his first start in a while against Chelsea.

Chelsea have won their last 6 matches against Watford in all competitions.

Chelsea have scored at least 3 goals in their last 4 home matches against Watford in all competitions.

Chelsea have kept a clean sheet in their last 4 home matches against Watford in all competitions.

Watford have won their last 4 matches in the Premier League.