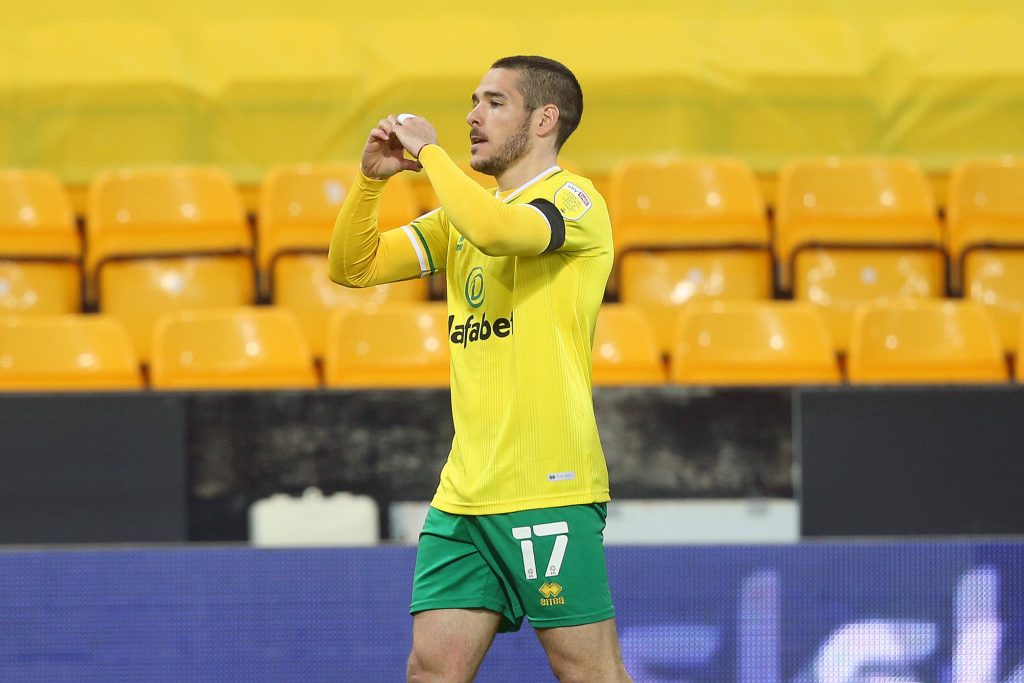 The shortlist for the Championship Player of the Year award has been revealed.

The list is comprised of two players from league leaders Norwich City, as well as one from play-off hopefuls Brentford.

Norwich are set for an instant return to the Premier League under Daniel Farke, following their relegation last season. They sit comfortably at the top with 93 points, five points clear of also-promoted Watford with two games remaining.

Meanwhile, Brentford still hope to reach the top flight for the first time since 1947, despite the collapse of their automatic promotion campaign.

The Bees are in third place and will compete with Bournemouth, Swansea City and Barnsley for the final promotion spot.

Here are the three nominees for the Championship Player of the Year award.

Replacing last season’s Championship Player of the Year winner Ollie Watkins was not an enviable task, but Toney has stepped up to the plate.

Off the back of winning League One’s Player of the Year with Peterborough United, the striker moved to Brentford in a deal believed to be worth up to £15 million.

The Englishman failed to score in his first four games for the London side, but once he got his name on the scoresheet, the goals flowed. From his first 19 league games, he had 16 goals, taking a commanding lead in the Golden Boot race.

While his goals have slowed down a little since then, he is still odds on for the Golden Boot with 29 goals. Not to mention, he also has ten assists.

Two years after winning this award in 2018/19, Teemu Pukki is back again to contest for the prize.

The Finland international has once again been one of the league’s top marksmen, hitting 25 goals in 40 appearances.

His best run of form began in February when he netted 14 goals in 12 league appearances, including a hat-trick against Huddersfield Town.

The Argentinian playmaker was linked with moves away from Carrow Road following Norwich’s relegation last season, but he stayed put. This season, he has proven why there was Premier League interest.

Buendia is almost certain to end the season with the most assists in the division, having racked up 16. Harvey Elliott and Harry Wilson are joint in second place, with 11 each.

Furthermore, the midfielder has also contributed 14 goals, including strikes against play-off sides Brentford, Bournemouth and Barnsley. This is even more impressive when you consider that he doesn’t take penalties.