Real Madrid come back from a tough trip to Paris on Wednesday night to face a tricky game at 4pm on Saturday as the top two in Spain go head-to-head.

Celta Vigo have surprised many people with their excellent start to the season but have lost only one of their last 17 games in La Liga, dating back to last season – that was at home to Real Madrid.

Eduardo Berizzo’s side have already thrashed Barcelona 4-1 at the Balaídos Stadium, only one month ago and will fancy their chances versus a banged up Real Madrid team who had a tough match on three days in advance. 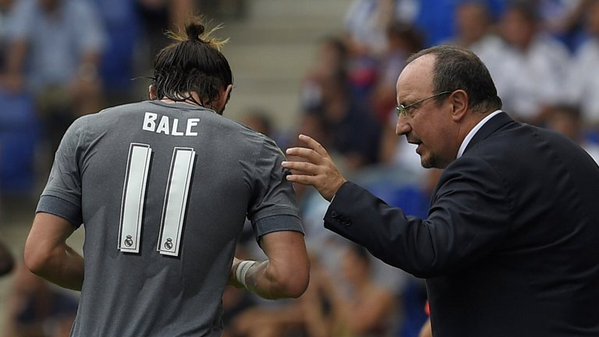 Real Madrid have only conceded two goals in their eight league matches under Rafa Benítez but the new head coach’s tactics haven’t been all that popular with fans. It has seen them held 0-0 by Sporting Gijón and Málaga this season.

Rivals Atlético Madrid have also taken a point off the Spanish giants, meaning Benítez has only won five of his first eight league games in charge – not usually good enough for Madrid’s standards, but it has them level on points with defending champions Barcelona going into this weekend.

Celta play an attractive brand of football which has seen them score 17 goals in their eight matches – only one less than this weekend’s opponents. Nolito, Fabián Orellana and Iago Aspas have been the attacking stars to start the season.

20-year-old goalkeeper Rubén Blanco played the first 86 minutes of the season but has since been sidelined through injury. The more-experienced backup, Sergio Álvarez has been playing since.

Centre-back Andreu Fontás will miss out again. The Spaniard has managed only three games this season due to injury.

The hosts will be without young, skillful midfielder Dejan Dražić, who has played only 14 minutes this season since his move from OFK Belgrade in the summer.

Rafa Benítez continues to have a string of injuries to deal with. Right-back Dani Carvajal’s injury sees young Brazilian Danilo get a chance. Pepe’s absence in the centre of defence is not so crucial either as Raphaël Varane slots in alongside Sergio Ramos.

In midfield they have some cover for James Rodríguez, whilst Luka Modrić made his return on Wednesday. Gareth Bale should be fit to start this one if required.

Karim Benzema’s injury saw Cristiano Ronaldo and Isco lead the line in a 4-4-2 formation at the Parc de Princes.

2 – Real Madrid have conceded the fewest goals through the first eight matches of the Spanish season.

17 – Celta Vigo’s only defeat in their last 17 La Liga matches came at home to Real Madrid back in April.

18 – These two teams plus Barcelona start the weekend top of the Spanish league, all on 18 points.