With every passing week the Bundesliga is getting more exciting. Dortmund’s unstoppable form, Muller’s explosive start and Gladbach’s misery – We wrap up this week’s talking points from the Bundesliga.

Thomas Muller is a world class player in his own right, but few would have expected the explosive goalscoring start the German has made this season.

The Bayern Munich star has already scored 8 times this season, including two important goals in the Champions league.

Nearing the end of his contract at Bayern, Guardiola will be hoping to lift that Champions League this season and Thomas Muller could prove to be vital. Highly regarded around the world for his tactical intelligence, Muller seems to have added another dimension to his game.

Although Muller has always had goals in his game, the World Cup winner was never a prolific scorer.

Bayern have made an impressive start to their league campaign, winning their first five games and will be hoping to defend their league title.

Elsewhere, neutral’s favorite Borussia Dortmund have roared back under Tuchel once again. Following a disappointing season last year, fan favorite Jurgen Klopp left his post at the Westfalen and was replaced by Thomas Tuchel.

The former Mainz manager has done a remarkable job so far and has a 100% win rate in all competitions. Leading Bayern on goal difference, table toppers Borussia Dortmund look like the only obstacle between the Bavarians and the German championship.

Lifted by their performances so far, Dortmund striker Pierre-Emerick Aubameyang has already issued a warning for the German champions, Bayern Munich. The Gabon international vowed to beat Bayern to the league title and spoke about his personal targets for the season.

“We have started the season well,” the striker stated. “Although everybody knows that Bayern are favourites, as I said, and I am probably the only one thinking this and others don’t, I don’t think that Bayern will win the league this season. At least, this is what I think.

“But we have to keep up for the whole season and then we’ll see how the season will shape up at the end.

“I think that we have started very well. It’s good that we have managed to achieve this winning streak. We’ll have to continue playing as we know and try to win.” 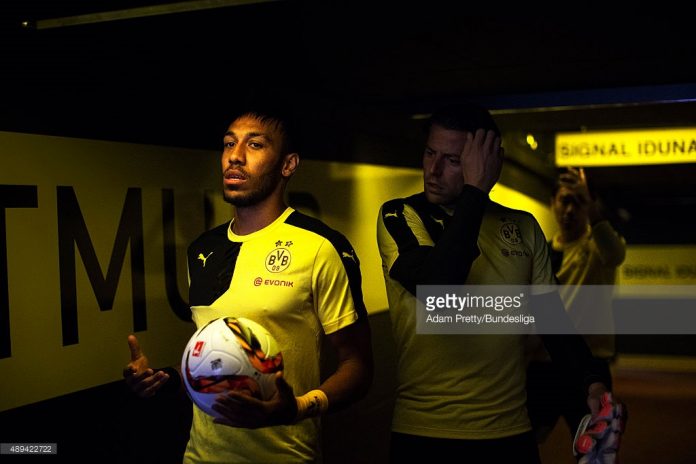 Aubameyang also reflected on Tuchel’s hands on approach and explained how the manager has helped him improve his game.

“I want to score 20 goals in the Bundesliga this season,” the 26-year-old added.

“That’s a target I want to achieve. I have a bet with the coach so I will give it my all in order to achieve this goal because I want to improve.

“[Tuchel] has managed to make me feel at ease from day one. He gives me the confidence I need. He talks to me a lot. We speak in English but it’s good for me to talk with him.

“We have many exchanges and we work a lot on this, on the videos and we do all this kind of things.”

Dortmund had their first real test in the league this week against Bayer Leverkusen and Tuchel’s men dismantled their opposition. Judging by their splendid performances this season, it is far from unreasonable to consider them for the title.

Apart from the title race, it will also be extremely interesting to see the personal battle between Aubameyang and Muller, both of whom have scored 6 times in the league so far and are looking to add to their tally week in week out. 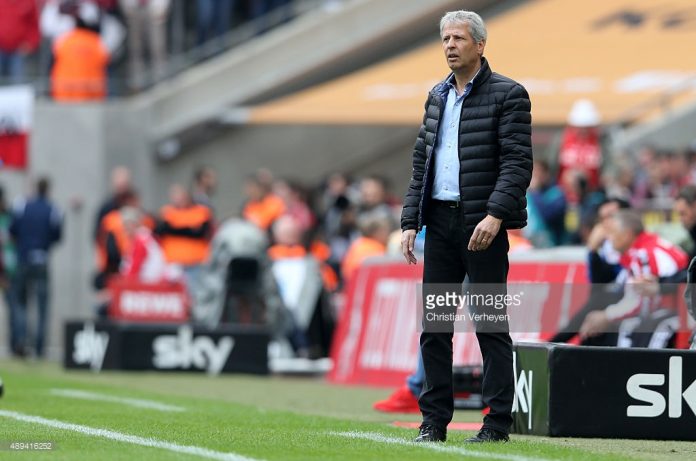 Elsewhere, Borussia Monchengladbach continued their catastrophic start to the season with their fifth loss in as many games. To make things worse, one of Bundesliga’s finest tacticians, Lucien Favre resigned from his role at Gladbach.

Favre has worked wonders at Gladbach since taking over and his departure will add to Gladbach’s miseries.