Just this past April, following their 4-0 aggregate quarter-finals defeat to eventual Champions League winners Bayern Munich, Juventus manager Antonio Conte admitted that while his side had done well so far, they still had quite a ways to go to catch up to Europe’s elite. 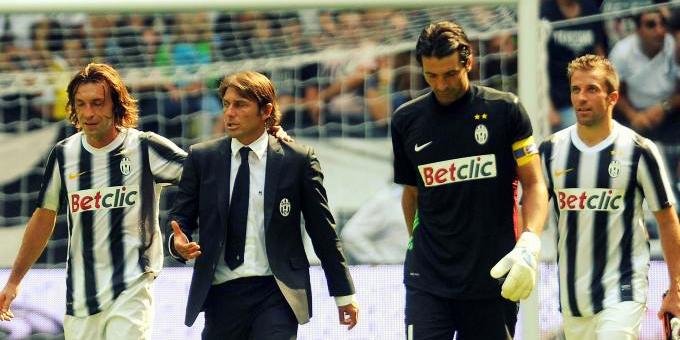 Likening the Bianconeri to the tall buildings that grace the skylines of many cities around the world, he stated, before their make or break match against die Roten:

“If you want to find a skyscraper that’s already been built, then that’s Bayern. Let’s say that we are a third of a way there.”

One glaring deficiency many observers had noted about the Scudetto winners was their lack of precise firepower up front. In the 2011-2012 season, they claimed the Serie A title without suffering a single defeat, only one of a few teams to do so in football history and the first to do so in Serie A with the 38-game season format, but none of their strikers were even in the top ten in terms of goal output in Italy, let alone, Europe.

In fact, of their 68 league goals, over half of them came from the midfield and defense. Forwards Mirko Vucinic and Alessandro Matri only had ten goals in all competitions, sharing that top position with midfielder Claudio Marchisio. And, this past season, their primary forwards (the aforementioned Vucinic and Matri as well as Quagliarella and Giovinco) only combined for 33 league goals.

To illustrate, current capocannoniere Edinson Cavani netted 29 times in just the league for Napoli. And, this past season, it wasn’t an attacker who had the most goals, but rather another midfielder, Arturo Vidal, whose 15 goals in all competitions made him the top scorer for the Bianconeri as they comfortably retained their Scudetto crown.

While this shows a great team effort and versatility in terms of goal tally, it nonetheless serves to illustrate the unfortunate toothless nature of their attack in comparison to other league-winners across the continent.

The Turin giants appear to have taken notice of this by acquiring the services of Fernando Llorente on a Bosman from Atletico Bilbao and perpetually disgruntled striker Carlos Tevez from Manchester City, but time will tell if either of these attackers will help solve the profligacy problem that has cost the Bianconeri dearly in key matches.

If they manage to settle in, Juventus supporters can be certain that they will be a much needed improvement on the striking force that the squad featured in both Italian and European football last season as they prepare another run towards the Scudetto and try their luck again in the Champions League.

On a side note, winger Emanuele Giaccherini is certain to depart for the Premier League side Sunderland, despite having an impressive Confederations Cup and being a solid squad player – but perhaps this is more of the player wishing to get more playing time ahead of the World Cup next year, as he only made less than 20 appearances for Juventus last season.

Despite having one of the strongest defenses in Italy and perhaps even Europe, Juventus also recently added Torino defender Angelo Ogbonna to their ranks, signaling that while they’re fully aware of their attack issues, they want to ensure their foundation remains solid for the present and the future.

After all, when constructing any structure, in addition to adding more floors and the like, one must make sure that the base layers are solid to ensure that it wouldn’t crumble under the weight of the additional trimmings and necessary modifications.

As the summer transfer market, like the current climate, continues to heat up, it yet remains to be seen if the reigning league champions will be adding others to their defensive or offensive arsenal.  But so far, Juventus certainly looks on its way to building that skyscraper.