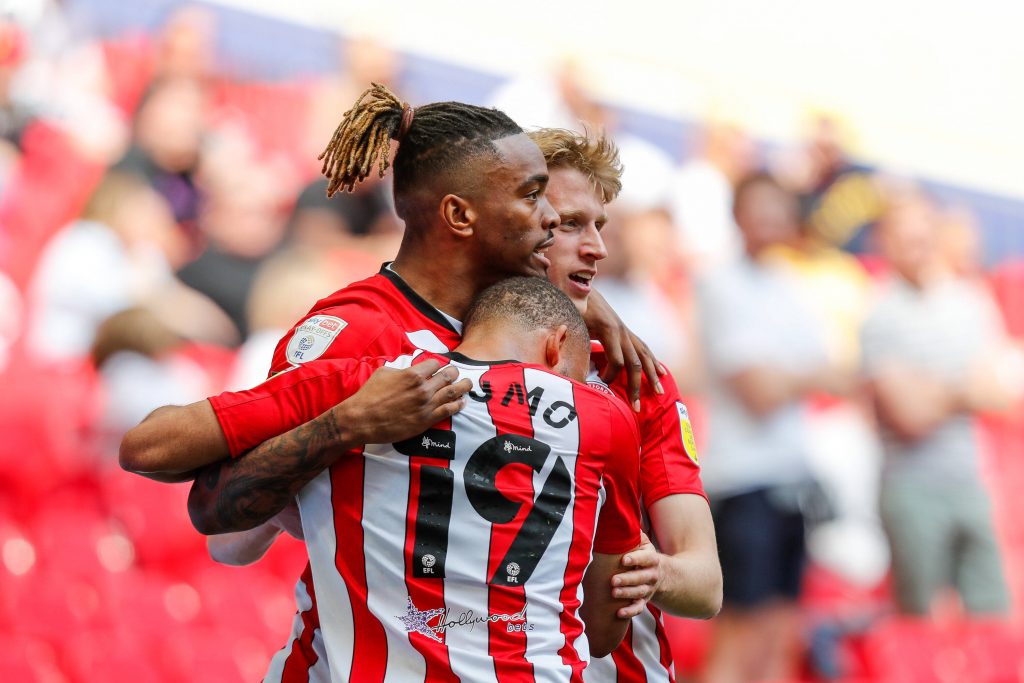 Brentford have won promotion to the Premier League – the first time in 74 years they have made it to the top flight.

One of the main reasons that Brentford are on their way up is striker Ivan Toney.

While there has been plenty of interest in Toney from other Premier League teams such as West Ham United and Tottenham Hotspur, the Bees have made it clear the Englishman is not for sale in the upcoming transfer window.

This past season saw former Brentford player Ollie Watkins flourish in his debut season in the Premier League, bagging 14 goals for Aston Villa after leaving the Bees last September.

Watkins hit the ground running, much in part to tremendous service from Jack Grealish. He ultimately earned an England call-up but fell short of the 26-man squad for this summer’s European Championships.

Toney is on a similar path. Watkins won Championship Player of the Year in 2019/20 after winning the Golden Boot. He has collected both awards this season for Brentford.

He briefly spent time in the top flight with Newcastle United, but next season will be his first real shot at that level.

There’s no doubt that he will be looking at what Watkins did and thinking he can produce at a similar level.

The former Peterborough star has been absolutely lethal across the last few seasons. While there’s definitely a difference between the Championship and the EPL, Toney has the capabilities and attributes to succeed.

He’s a true central striker who scores the majority of his goals within the box. Toney has tremendous instincts in the final third and the talent to pick out a pass, tallying 10 assists this season to go along with his mind-boggling number of goals.

Just like Watkins, he also works hard for the team. Toney often comes back into his own half and fights to gain possession. He retreats for corners, often heading balls out of danger in Brentford’s end.

He doesn’t waste time when attacking. Toney is precise with his finishing and takes minimal touches before unleashing.

The traits are there to score goals in the Premier League. While the defending is a lot stronger, there’s really no reason why Toney can’t follow in Watkins’s footsteps next season.

The Villa striker opened plenty of eyes across England in 2020/21, and Toney is heading in the same direction.

If he can replicate similar numbers in the top flight, it could also mean a call-up to the Three Lions at some point.

Although the competition for a spot in the 2022 World Cup squad will be extremely fierce, it’s something that will be on Toney’s mind.

It will be exciting to see how Brentford fare in the top flight, but their success will undoubtedly be based on their main man’s productivity.