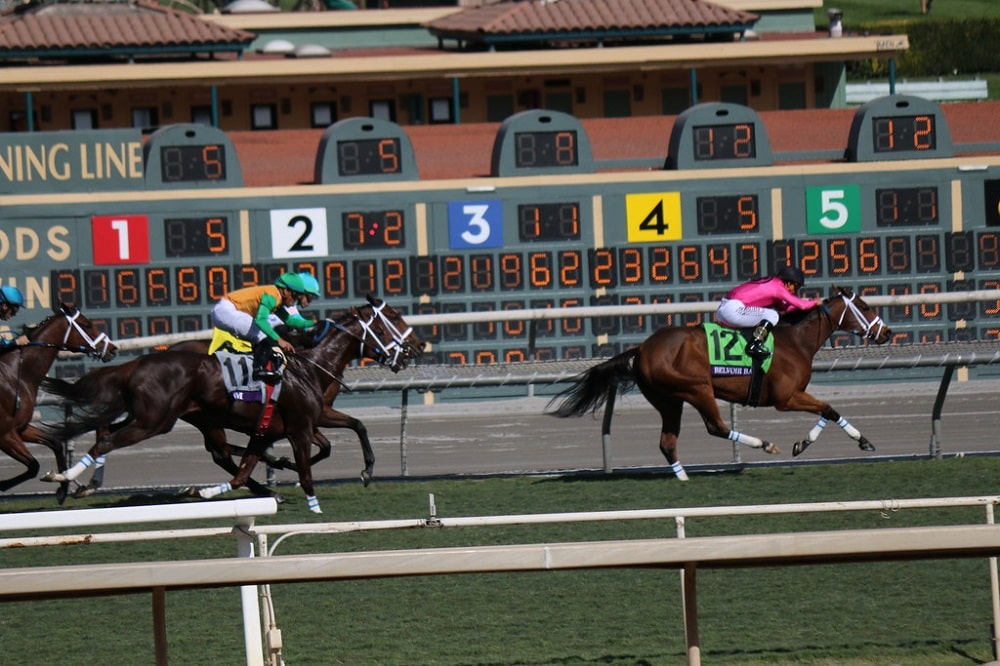 There are even more Breeders Cup 2021 tips from SportsLens experts from the World Championships in Del Mar. The Saturday card in California is nothing short of superb. Tune in to ITV Racing and see all nine Grade 1s on dirt and turf.

Earlier in the week, our tipsters looked at three of the biggest races from the meeting. For detailed analysis of the Breeders Cup Mile (10:20) and then the Breeders Cup Turf (11:40), check out the individual race previews on the site.

The same applies to the feature dirt race, the Breeders Cup Classic (12:40), that closes the meeting. Below are Breeders Cup 2021 tips for the other six events on the card. There’s a mix of dirt and turf races for punters to bet on and enjoy:

It is very hard to look past last year’s winner Gamine, who has been as good as ever since. Trained by Bob Baffert, the daughter of Into Mischief has added four more wins including two at the highest level to her CV. Gamine simply has the beating of the other older fillies and mares.

She carried top weight to victory in the Ballerina Handicap at Saratoga last time out. Gamine sets a clear and obvious form standard, but is 4/6 best with William Hill. The only real danger is the three-year-old Bella Sofia, who won the Test Stakes at the same venue in August.

The Rudy Rodriguez barn has hit form at just the right time, but the daughter of Awesome Patriot has never faced a rival of Gamine’s calibre. It is 6/1 bar the first two, so the 7f Filly & Mare Turf Sprint looks a match. Despite being odds-on, Gamine gets the vote here.

Bet on Gamine with William Hill

A very open renewal of the 5f Breeders Cup Turf Sprint sees Wesley Ward run three. Golden Pal, a disappointing seventh in the Nunthorpe Stakes at York, heads the betting. That defeat should stand out to anyone who watched the Ebor Festival but, now back on home turf, the three-year-old Uncle Mo colt has obvious claims.

Golden Pal defeated Al Quoz Sprint king Extravagant Kid, who re-opposes here, in the Woodford Stakes at Keeneland. It may pay to look elsewhere. There is more juice in the 12/1 best prices of Ward’s other runners, Arrest Me Red who has been progressing and Kimari.

The latter won the Grade 1 Madison Stakes last time out. While that is over further, Kimari has always been highly regarded by her handler. She should stay on past other horses when they have cried enough. Odds of 12/1 with William Hill look a great each way bet here.

Leading the European challenge is Haydock Sprint Cup hero Emaraaty Ana. Now a five-year-old, the Shamardal gelding has finally delivered on the promise he showed as a juvenile. Trainer Kevin Ryan also runs last year’s winner Glass Slippers but she may not be the force of old.

Back Kimari each way with William Hill

In the Dirt Mile race, Life Is Good is a strong leading contender. Todd Pletcher’s Into Mischief colt has form that ties in with another of the hot Breeders Cup 2021 tips, Jackies Warrior. More on him later. Life Is Good twice beat subsequent Kentucky Derby hero Medina Spirit in trials for the Churchill Downs showpiece, yet missed the Triple Crown part of the season.

He moved barns from Baffert to Pletcher and only found Jackies Warrior a neck too good on his first Grade 1 start at Saratoga. Life Is Good then bolted up in the Kelso Handicap at Belmont Park, so is all the rage for this year. The opposition concedes weight for age and main market rival Silver State beaten at odds-on when dropped into Listed company last time out.

That suggests Life Is Good is the one to be on. He is 4/5 with Bet365 for Dirt Mile success. Ginobili may be a bigger danger based on his 3-4 record at Del Mar. His trainer, Richard Baltas, saddled him to Pat O’Brien Stakes success at this venue last time out. Ginobili was also gelded over the summer, so the hope is that he settles down in his races better. He is 5/1 with the same form and it’s 14s bar the three here.

Back Life Is Good with Bet365

Some of the Anglo-Irish raiders heading to Del Mar for the 1m 3f Filly & Mare Turf race haven’t lived up to last season’s form. These comments definitely apply to Aidan O’Brien runner Love and James Fanshawe’s Audarya, who won this 12 months ago at Keeneland. The pair make little appeal on horse racing betting sites on this occasion.

Prix de l’Opera heroine Rougir has never encountered such fast, firm ground in her whole career. The going is an unknown, but the three-year-old French filly has been well beaten on both her starts where conditions were good. War Like Goddess is in the in-form pick of the home team.

Trained by William Mott, this four-year-old daughter of English Channel has progressed through the grades this year. War Like Goddess made the step up to the highest level look easy when landing a four-timer in the Flower Bowl at Saratoga. She therefore gets the nod at a top-price 7/2 with BoyleSports in this.

The aforementioned Jackies Warrior heads the betting for the 6f Sprint on dirt. Trained by Steve Asmussen, this three-year-old colt by Maclean’s Music comes here looking for a four-timer. While Jackies Warrior made mincemeat of Grade 2 rivals either side of that neck success over Life Is Good, what he beat on those other occasions can be questioned.

In his prep run for the Breeders Cup, he was 1/20 with British and Irish bookies. Jackies Warrior is a 6/5 favourite with BoyleSports that punters may be able to take on. Another of the three-year-olds, Dr Schivel, has plenty of upside. Mark Glatt’s colt by Violence is a course and distance winner.

Dr Schivel is 3-3 at the track and held re-opposing rival Eight Rings by a neck in the Bing Crosby Stakes. He is now better off at the weights with that one. Dr Schivel followed-up on that Grade 1 triumph in the Santa Anita Sprint Championship, so is bang in form. He is 5/1 with the same firm for a sixth consecutive win.

Back Dr Schivel with BoyleSports

And finally, these Breeders Cup 2021 tips say Letruska is a worthy favourite for the 1m 1f Distaff on dirt for fillies and mares. The five-year-old daughter of Super Saver beat the winner of this from last season, Monomoy Girl, by a nose in the Apple Blossom Handicap at Oaklawn Park and has never looked back.

Letruska has since notched four more wins, including three successes at the highest level. She reversed past form with re-opposing rival Shedaresthedevil when the pair met off level weights in the Ogden Phipps Stakes at Belmont Park. Letruska has also won the Personal Ensign at Saratoga and the Spinster Stakes at Keeneland.

If odds of 6/4 with Betfred about her are too short, then an each way alternative could be Private Mission. Baffert’s three-year-old Into Mischief filly has a progressive profile and a win at Del Mar on her CV. Kentucky Oaks heroine Malathaat is the obvious danger, but there could be more improvement in 10/1 chance Private Mission.

Bet on Letruska with Betfred