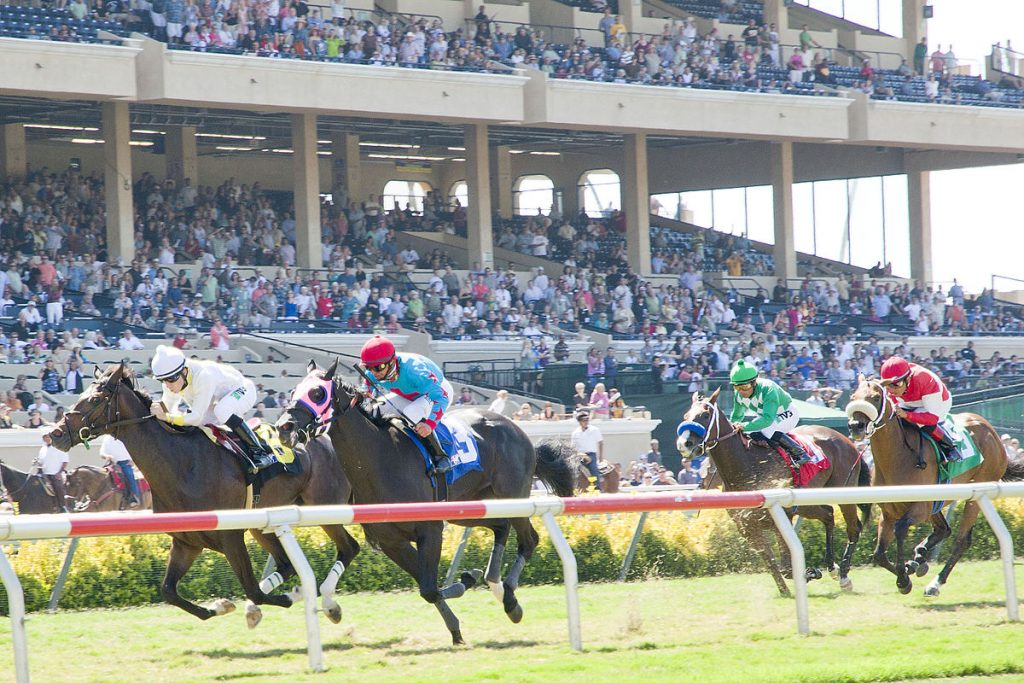 The FanDuel Breeders Cup Mile is one of nine Grade 1s on the second day of the Breeders’ Cup World Championships at Del Mar in California on Saturday, 6 November (10:20). European raiders don’t have as good a record in this turf contest as you might think.

Last year’s renewal at Keeneland went to Ireland and Order Of Australia for Aidan O’Brien. French jockeys have done well in this race in recent years. Fillies and mares also boast a fine record in the Breeders Cup Mile with Goldikova famously winning it three times. Read on and see the fancied runners in it this year…

Why Space Blues is favourite in the Breeders Cup Mile betting

Godolphin send two transatlantic raiders to Del Mar in search of the $2,000,000 purse. Space Blues is best known as a 7f specialist, but steps up in trip. This five-year-old son of Dubawi is the choice of connections’ retained rider William Buick. After four consecutive wins in Europe last season, Space Blues landed a valuable pot in Saudi Arabia over the winter.

He needed the run on his return to action at Glorious Goodwood, but has been peerless in two subsequent outings. Space Blues was a ready winner of the City Of York Stakes, and the third has since come out and scored at Doncaster. From there, he finally got a crack at the Prix de la Foret on Arc weekend at Longchamp.

Space Blues cruised into contention, staying on really strongly on heavy ground for another easy success. There is nothing to fear on that evidence from the re-opposing runner-up Pearls Galore It is well worthwhile trying a mile again with him, especially round the bends of Del Mar. Space Blues is the 5/2 favourite with Betfred for Breeders Cup glory with good reason.

Back Space Blues with Betfred

Mo Forza the leading US contender

Fronting up the home challenge here is Mo Forza. Trained in California by Peter Miller, this five-year-old son of Uncle Mo is three from three at Del Mar. Course specialists command just as much respect on that side of the Atlantic as they do in Europe. Mo Forza landed the Hollywood Derby here back in 2019 and the last two renewals of the Del Mar Mile.

He has also registered back-to-back victories in the City Of Hope at Santa Anita. In posting consecutive victories this year, Mo Forza has the beating of old rival Smooth Like Strait. The barn may be best known for sending out sprinters to Breeders Cup success, but this horse loves the mile trip.

Mo Forza is actually unbeaten outside of his home state. This would be a popular and relatively local success. Even UK horse racing betting sites recognise the danger Mo Forza poses, so best odds of 6/1 with Bet365 could be a value play against the favourite here.

Back Mo Forza with Bet365

One race too many for Mother Earth?

Given that he won the race with a three-year-old last year and saddled the first three home, Aidan O’Brien runner Mother Earth getting weight all-round will obviously appeal to some punters. A highly consistent type, the daughter of Zoffany was second in the Breeders Cup Juvenile Fillies Turf at Keeneland 12 months ago.

Mother Earth has since had eight races this season and every one of them at the highest level. She won the 1000 Guineas at Newmarket on reappearance, then the Prix Rothschild at Deauville over the summer. Mother Earth made the frame on all but one occasion during her European campaign.

That was until last time out in the Queen Elizabeth II Stakes on British Champions Day at Ascot. She only ran fifth against the boys with Lady Bowthorpe reversing Falmouth Stakes form with her. It may be that Mother Earth has been to the well once too often. Nonetheless, she is a top-price 8/1 with Betfred for Breeders Cup Mile success.

Back Mother Earth with Betfred

Master Of The Seas has something to prove

The other Godolphin and Charlie Appleby runner, Master Of The Seas, also disappointed at Ascot when last in action. He was home in seventh behind Mother Earth, pulling hard throughout the race. Connections saved the three-year-old Dubawi colt for an autumn campaign, but so far he has yet to match his earlier promise.

In other words, Master Of The Seas has something to prove at Del Mar. He was just denied by a nose in the 2000 Guineas by Poetic Flare, who went on to Royal Ascot glory. Buick deserting Master Of The Seas for Space Blues means James Doyle takes the ride now. There is every sense that he is the second string now, then.

Master Of The Seas has Breeders Cup Mile odds that reflect that too. He makes little appeal at a double figure price when this demands a career best. It may seem like a harsh assessment, but Master Of The Seas has been disappointing given the high hopes for him at the start of this season.

In Love in form for Breeders Cup Mile test

Paulo Lobo saddles In Love and something has clicked with this five-year-old Agnes Gold gelding in recent months. He has progressed into a Grade 1 winner after completing the hat-trick in the Keeneland Turf Mile. Space Traveller, who won Group races when trained in the UK, was 2 1/2 lengths behind in fifth. That one was previously runner-up in the Woodbine Mile in Canada.

Also back in fourth was last year’s Breeders Cup Mile fourth Ivar, best of the home team at Keeneland 12 months ago. This is a tougher assignment for In Love, but his upward curve cannot be ignored. Autumn also looks the right time to catch him. Alexis Achard is three from three on In Love too.

William Hill are 12/1 about his chances in this deeper race. It is also 16/1 bar those mentioned with British bookmakers. This renewal may be missing top European milers like Baaeed and Palace Pier but can still light up California on the Del Mar turf.

Bet on In Love with William Hill