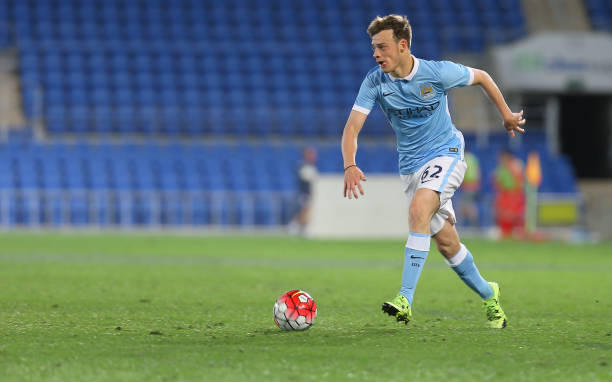 The 22-year-old could make his debut against East Fife in the Scottish League Cup today, but could have opted to remain in England as a number of Championship sides were interested in his signature.

Rangers boss Steven Gerrard convinced Barker to link up with him at Ibrox, and he has revealed that City star winger Raheem Sterling also persuaded him to join the Scottish Premiership side.

“Raheem told me to go for it, definitely. It was my time to move on now and I think all the boys knew that,” the forward told The Scottish Sun.

“It was sad because I’d been there 16 years and I grew up at City from being a little baby. But I needed a new home. I had needed one for the last two seasons.

“Now I have got that opportunity here and I’m just buzzing again. I learned an awful lot from Raheem, watching him grow from when he first came to what he’s doing now. We used to speak a lot and he was always really encouraging. Watching him becoming a great player in the world is great to see.”

Barker was City’s Reserve and Academy Player of the Year in 2013-2014, and he will now look to prove himself at Rangers.

He already has Premiership experience after featuring for Hibernian on a season-long loan in 2017-18, and it will be interesting to see if he can force himself into Gerrard’s first-team plans.

The City academy graduate spent last season on loan at English Championship side Preston North End and has had loan spells at Rotherham United and Eerste Divisie’s NAC Breda.

He brings quality and experience to the table, and Rangers will offer him the chance to fulfill his potential.

Sterling is convinced Gerrard can help bring out the best in him, and it remains to be seen if things will finally work out for him.