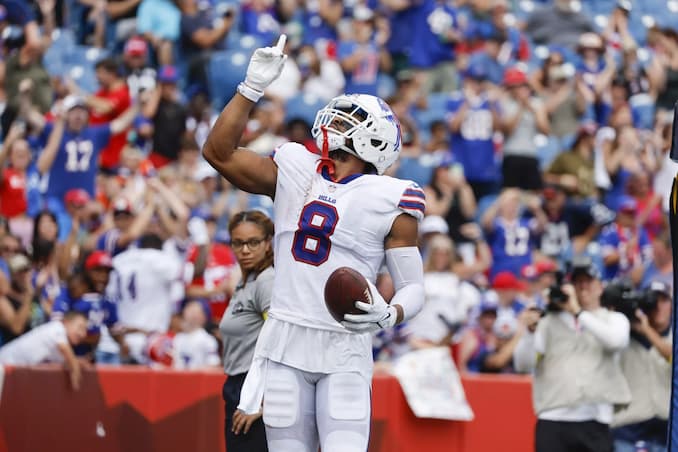 Tight end O.J. Howard is expected to sign with the Cincinnati Bengals after being cut by the Buffalo Bills on Tuesday.

Howard was cut by the Bills on Tuesday just five months after signing for the organization. The former first round pick was a surprising cut when the Bills announced their 53-man roster. He only signed in the offseason.

That was fast: The #Bengals are hosting FA TE OJ Howard on a visit today and assuming all goes well with the physical, he’s expected to sign, source said. The former first-rounder was a surprising cut yesterday and this should come together today.

It’s been reported that the Bengals are hosting Howard on a visit today, and he’ll be expected to join following hopefully a successful physical.

When he was a first round selection by the Tampa Bay Buccaneers in the 2017 NFL draft, he was predicted to be someone who could dominate defences, however his career has not quite matched expectations, yet. However, he has had some tough injuries along the way, with an achilles tear back in 2020.

He’s never caught more than 34 passes in one season, after starting well catching 11 touchdowns in his first two. Nevertheless, Bengals fans do see potential in the signing.

I’ve wanted this dude since that draft. I really think he & Hurst can be a great duo together; Oj is gonna revive his career here with Joey B, I feel it.