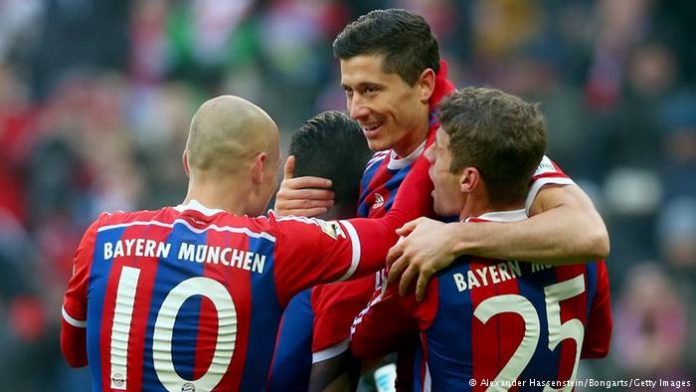 German champions Bayern Munich have announced that they have signed a new ten-year deal with kit manufacturer Adidas, worth a cool €900 million over the space of ten years.

As reported on The Guardian, the Bundesliga giants had five years remaining on their current deal with the American clothing giant but have moved quickly to tie up a new agreement that will extend the partnership until 2030.

Bayern have dominated German football over the last number of seasons and have already sown up the title this term.

Despite elimination from the DFB Pokal at the semi-finals stage by Borussia Dortmund, Pep Guardiola’s men have a mouthwatering clash with Barcelona in the Champions League’s last four.

The Bavarian powerhouses’ financial position has become intimidating for the rest of German football, with Bayern boosted by selling their stadium naming rights to Allianz. 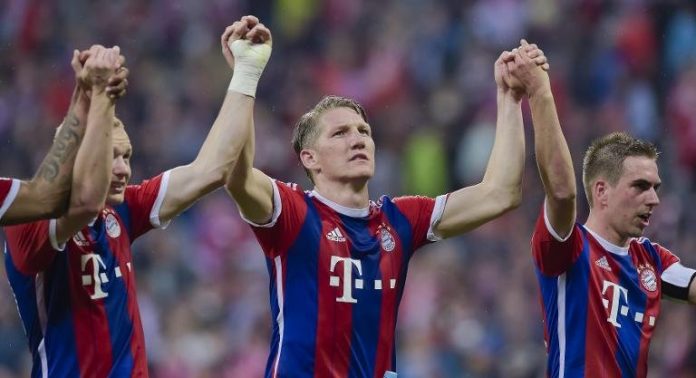 The club’s finance director Jan-Christian Dreesen stated last month that no player has turned Bayern down in the last number of years, while the champions are in a position to spend up to and including €100 million if they see fit.

Given the latest investment of revenue from Adidas, the task of usurping the Bavarians from the Bundesliga summit will be made even more difficult next season for the other 17 teams.

From a European perspective, Bayern’s latest deal is more lucrative than Arsenal’s kit deal with Puma, but does not match the figure recuperated by Manchester United.

The Red Devils signed a deal with Adidas worth £750 million last year, which makes the Premier League club’s agreement worth approximately £100 million more than the one Bayern have just signed.

However, Arsenal’s deal with Puma that was signed at the start of the season is only worth £30 million per year and significantly less than both Bayern and United.

With financial fair play rulings starting to impinge on plenty of teams’ recruitment ambitions across the continent, for United and Bayern to earn such a sizeable sum of money from sponsors skews the balance of power in their favour.

With the German giants set to bolster their squad in the summer, with long-term replacements for Arjen Robben and Franck Ribery on the agenda, Bayern will be able to go toe-to-toe with nouveau riche sides Manchester City and Paris Saint-Germain.

For supporters of sides other than the major clubs, the imbalance highlighted by Bayern and United’s deals will come as even more of a frustration as a number of top teams bully the rest of European football.