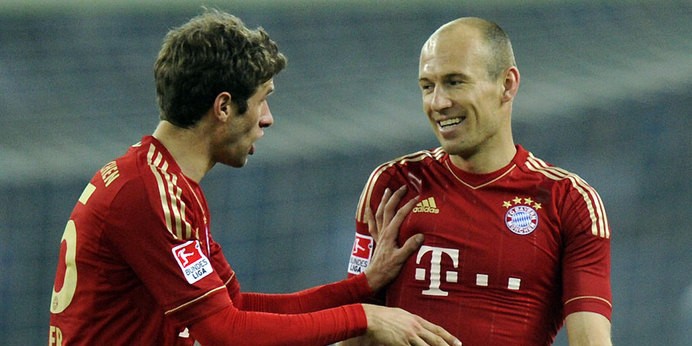 Both of these sides won the away game last season with this fixture being the final group match where the German side had already qualified.

This is one of three Premier League versus Bundesliga ties this week with Borussia Dortmund beating Arsenal 2-0 on Tuesday and Chelsea hosting Schalke 04 the same time this match goes ahead.

Bayern Munich have dropped two points in Schalke to start their season but otherwise it is business as usual for Pep Guardiola’s side. They weren’t thrashing sides at this stage last season either so their 2-1 and 2-0 wins over VfL Wolfsburg and VfB Stuttgart is no concern.

Manchester City were surprisingly beaten 1-0 at home by Stoke City before the international break and returned to action to draw 2-2 at Arsenal on Saturday. Manuel Pellegrini’s defending champions find themselves five points behind Chelsea already.

The German champions have a number of injuries. Centre-back Holger Badstuber picked up another injury at the weekend after only returning from a lengthy layoff at the start of the season. Javi Martínez is already out for the majority of the season. Mehdi Benatia awaits his debut. Centre midfielders Bastian Schweinsteiger and Thiago Alcántara are both out injured, as is forward Franck Ribéry.

In comparison, Manchester City’s injury list is much shorter. It is made up by Stevan Jovetić and Fernando. Pablo Zabaleta is suspended. 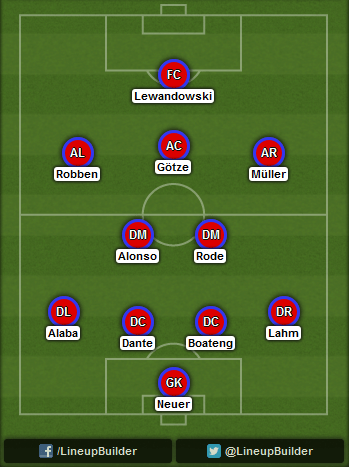 Bayern Munich look top class going forward even without Franck Ribéry. Robert Lewandowski has only scored once in his first four appearances including the German Super Cup. Behind him, Thomas Müller, Mario Götze and Arjen Robben are all goalscorers and playmakers. 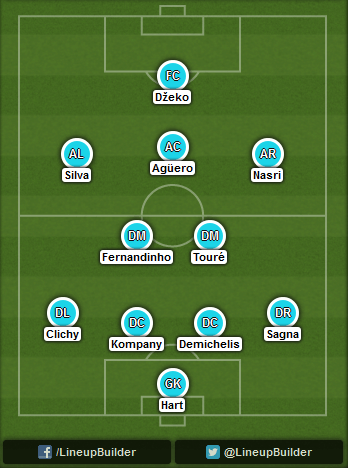 Defensively there are a few issues without Bastian Schweinsteiger and Philipp Lahm being forced back to right-back due to Rafinha’s injury.

Thomas Müller vs Manchester City left-back
Manchester City’s weakest part of their defence at the weekend was down the flanks. Whether Gaël Clichy or Aleksandar Kolarov start at left-back they are in for a torrid time. Thomas Müller is one of the best players in the world – always on the move, finding space and scoring goals. He gets himself to the byline inside the penalty area to create cutbacks for teammates. Good in the air too. He’ll also be supported by Philipp Lahm bombing on from right-back so City could do with Silva constantly getting back.

Mario Götze vs Fernandinho
The World Cup winning goalscorer is another attacking player who constantly runs into space and is a frequent goalscorer. Could line up on the left wing in this match but assuming he plays in the centre behind Lewandowski, Manchester City’s holding midfielders need to mark him tigher. Fernandinho has a reputation of bombing forward and being caught out of position.

Sergio Agüero vs Jérôme Boateng
Both Jérôme Boateng and Dante are capable of errors and Manchester City striker Sergio Agüero is always around to gamble on any mistakes. Last season’s top goalscorer is City’s best matchup on paper to score a goal against the 2013 Champions League winners. The English side may set up to play on the counter attack and Agüero has scored a few goals that way during his time at the Etihad.

Prediction: Bayern Munich 2-1 Manchester City
Neither side is in full flow at the moment but the German side know how to grind out results. Manchester City have conceded goals in each of their last three games and Bayern Munich have one of the best attacks in world football so it’s hard to see how Joe Hart will come away with a clean sheet in this one.