Bayern Munich will be out for revenge when Arsenal travel to the Allianz Arena tomorrow.

After their humiliating 2-0 defeat at Emirates last month, the German champions will be hoping for some redemption in front of their home fans.

Two back to back losses against Zagreb and Olympiakos left Arsenal with no choice but to win their home game against Bayern Munich. What seemed like an uphill task was accomplished impressively by the Premier League giants.

Wenger’s men roared to a memorable win against Guardiola’s men thanks to goals from Olivier Giroud and Mesut Ozil.

Despite pulling off a few stunning saves it was Manuel Neuer whose error allowed Arsenal to take the lead at a crucial stage of the game. Widely regarded as the best keeper in the world, the German will be hoping to avoid a similar mistake this time.

Arsenal are still sitting at the bottom of Group F and will need another win against Bayern Munich to get back into the mix for knockouts.

A win for Bayern Munich and Olympiakos could be a devastating blow for Arsene Wenger, who has never failed to qualify for the Champions league knockout stages with Arsenal. 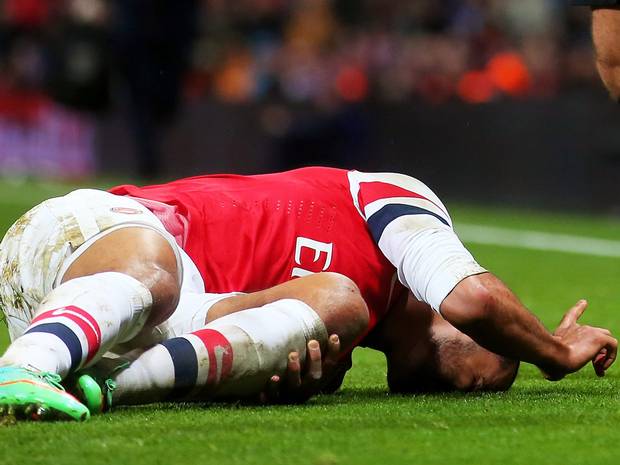 Arsenal were dealt a devastating blow during their League cup defeat against Sheffield Wednesday. The Gunners lost two of their key attacking players Theo Walcott and Chamberlain to injuries.

The attacking duo will join a long list of injuries at Arsenal this season. The likes of Mikel Arteta, Aaron Ramsey, Jack Wilshere, Tomas Rosicky, Danny Welbeck and David Ospina are all ruled out of the Bayern Munich game through injuries.

As for Bayern Munich, Pep Guardiola will be without the injured trio of Mario Goetze, Juan Bernat and Sebastian Rode.

Winger Frank Ribery is back in training but is likely to sit out the game due to the lack of match fitness.

Arsenal are unbeaten in their last two visits to the Allianz Arena. The Gunners have lost most of the matches against Bayern Munich at home.

Bayern Munich have lost just one match in all competitions this season. Their only defeat came against Arsenal last month.