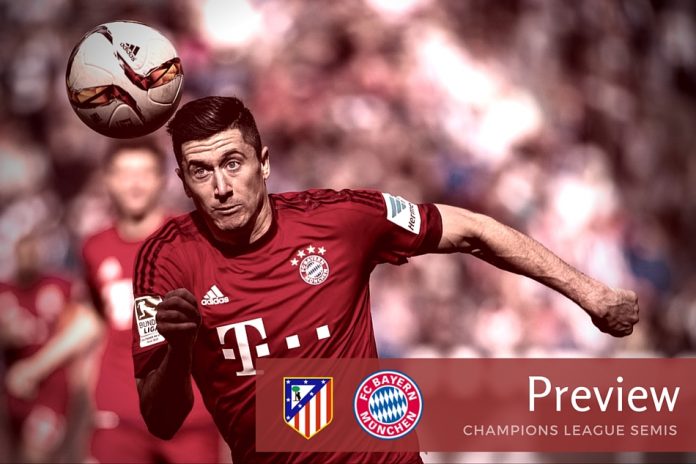 Bayern Munich take on Atletico Madrid in the second leg of the UEFA Champions League semifinals this week and the German giants will be looking to overturn their 1-0 deficit from the first leg.

The Bavarians will be hoping that their home support can play a key role in the second leg and they will be able to maintain their home record against the La Liga outfit at the Allianz Arena this week.

Bayern have been unplayable at home all season and they will need to be at their very best once again in order to get past the Spanish outfit.

Atletico Madrid head to Germany with a lead and will look to defend it. Simeone’s side are the best defensive outfit in Europe right now and it could be a very cagey affair.

Diego Simeone will be delighted with the return of his best defender Diego Godin for the vital second leg clash against Bayern Munich.

The Uruguayan international was out with a muscle problem and is expected to return for this game.

Midfielder Tiago is the only injury worry for Atletico Madrid.

As for Bayern Munich, Robben and Badstuber are the only injury worries.

Atletico Madrid have kept a clean in all of their last six matches in all competitions.

Bayern Munich have kept 2 clean sheets in their last 3 home matches in all competitions.