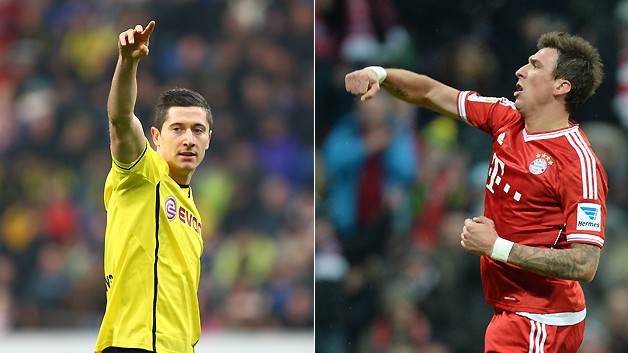 It was announced in January, after already poaching Mario Gotze from Borussia Dortmund, that star striker Robert Lewandowski would leave the club in the summer on a free transfer – destination Bavaria.

The Pole has established himself as one of Europe’s finest strikers, leading Dortmund to Bundesliga titles and a Champions League final with four goals against Real Madrid. There is no denying the striker’s quality and he will definitely strengthen the already star studded Bayern squad.

When Mario Gomez was labelled just not good enough at the Allianz Arena, Mario Mandzukic was the man to lead the line for the Germans. His contribution to the team is phenomenal, coupling aggression and tireless work rate for his side. Claudio Pizarro has played a bit-part role in the side, mainly since the Bundesliga title was secured but Pep Guardiola seems determined that Mandzukic will not be his main striker.

Mandzukic has netted 17 Bundesliga goals this season, exactly the same as Lewandowski in one less game. Guardiola has played Mario Gotze and Thomas Muller as the strikers in his system which they have looked out of their depth.

Mandzukic was introduced by to the starting eleven after being dropped from the first leg of the Champions League tie against Manchester United and instantly replied to Patrice Evra’s wonder strike. The Croatian is still a vital part of Bayern Munich according to director of sport Matthias Sammer who has warned potential suitors such as Chelsea and Arsenal away from the 27 year old.

On the other hand, Lewandowski is one of the best strikers in the world and will be joining the best team in Germany. Dortmund have struggled to match the might of Guardiola’s rampant side securing the title in record time.

Dortmund have benefited from the Poles greatness for many years and have shown how important he is to the side by holding onto him for another year and letting him leave on a free than commanding a transfer fee last summer.

Lewandowski could be better suited to Bayern’s system than Mandzukic as he has good dribbling ability which is shown by his 11 assists this campaign compared to Mandzukic’s six. Lewandowski also boasts a better record in the Champions League this season with six goals in nine games compared to the three goals in eight of the former Wolfsburg man. 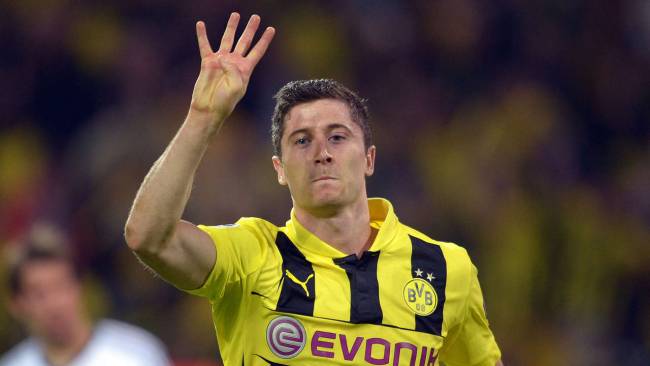 Some may look at the Lewandowski transfer as Bayern again trying to weaken their main Bundesliga rivals who have moved for Hertha’s Adrian Ramos as the main to replace the big shoes of Lewandowski.