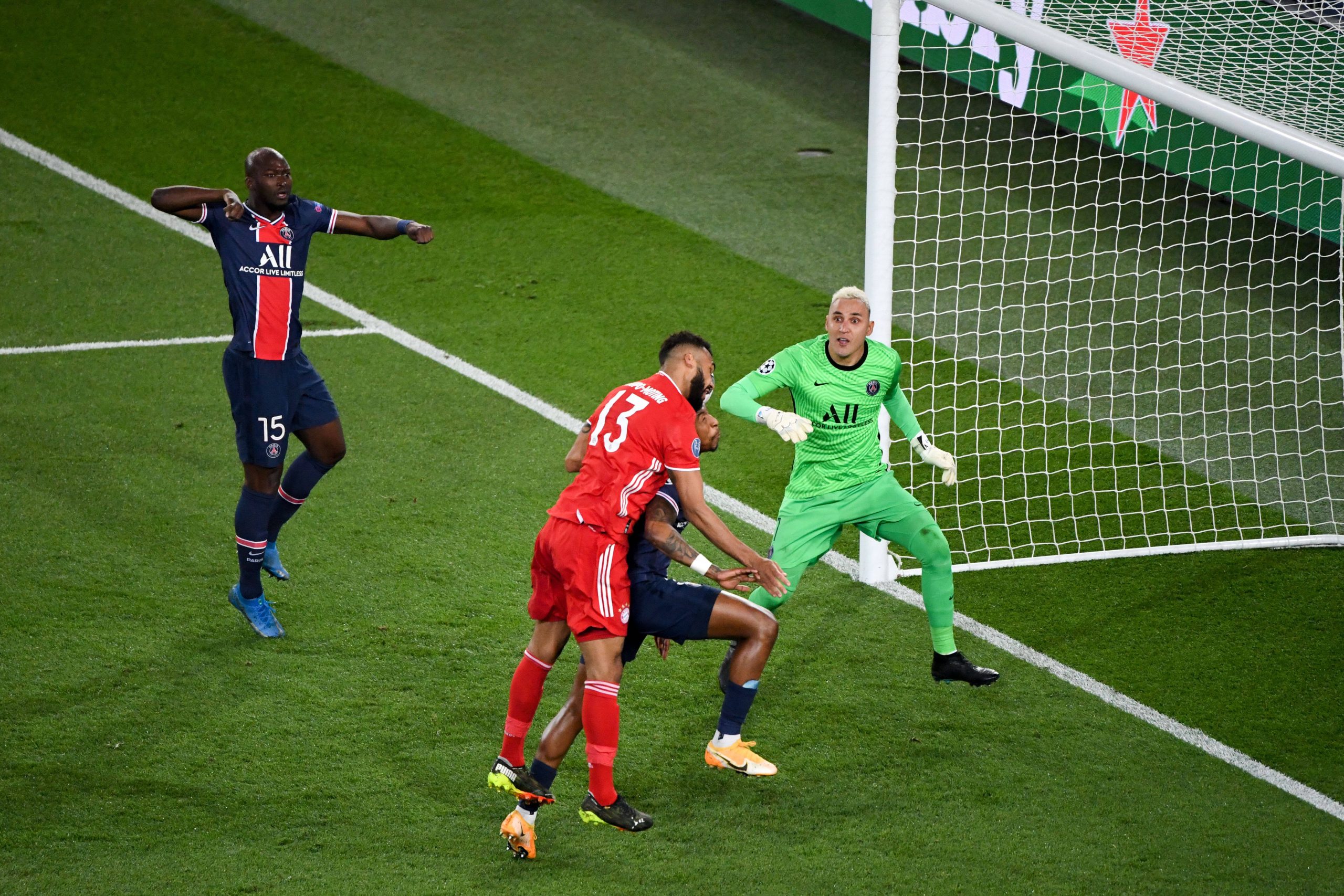 Paris Saint-Germain have progressed to the Champions League semi-finals for the second year in a row after beating holders Bayern Munich on away goals.

The Bundesliga giants went into the second leg at the Parc des Princes needing to score at least two goals, having lost the home fixture 3-2.

Both sides had chances in the opening stages. Neymar was denied three times by goalkeeper Manuel Neuer, while Leroy Sane and Joshua Kimmich both fired wide from outside the box at the other end.

Neymar, who put in a stellar performance last time out, was looking lively once again and twice came within inches of putting PSG in front.

In the first instance, he pulled out a beautiful piece of skill to beat Kingsley Coman, then curled a fantastic effort onto the crossbar.

However, he would have been disappointed not to have converted the second chance. After being played through on goal by Kylian Mbappe, the Brazilian hit the post from ten yards out.

Shortly afterwards, the visitors took the lead against the run of play. Thomas Muller brilliantly laid off for David Alaba, who saw his close-range shot blocked by Keylor Navas. Eric Maxim Choupo-Moting followed up and headed into the back of the net.

It was the Cameroonian’s second goal of the tie against his former club, proving to be an adequate stand-in for the injured Robert Lewandowski.

The Bavarians now needed just one goal to take the lead in the tie and pushed for it before the break. Alaba had another shot saved by Navas, while Sane’s effort in injury time was too close to the goalkeeper.

The game continued in the same end-to-end fashion in the second half, with Alaba and Neymar both coming close to finding the net.

In the 53rd minute, PSG’s front three combined magnificently to almost find an equaliser. Neymar produced some excellent footwork to beat Muller and Kimmich before finding Mbappe with a pass.

The Frenchman clipped a cross towards Angel Di Maria, who controlled, beat Alphonso Davies, and rolled the ball across goal. However, Neymar was unable to get on the end of the pass, and Jerome Boateng put it behind for a corner.

Muller came close to hitting a second for Bayern when Sane played him through on goal, but he was smothered by Navas. At the other end, Mbappe thought he had scored his ninth goal of the tournament, but was denied by an offside flag.

Heading into the final ten minutes, and it was a nervy ending for Mauricio Pochettino’s men. Sane picked the ball up out on the right, but his low drive went agonisingly wide of the post.

In injury time, the Germans had two final chances to get that crucial second goal but could not convert.

Sane’s cross found Coman, but the Frenchman’s header was well wide. Then, Sane again found himself well placed in the box, but his low cross was comfortably into Navas’ arms.

The full time whistle went, with a 1-0 win not enough to keep Bayern in the competition. PSG progressed on away goals and will face Manchester City or Borussia Dortmund in the semi-finals.

Man of the Match – Lucas Hernandez

Given the number of chances in the game, it may seem strange to give MOTM to a defender. Frankly, the award probably would have gone to Neymar if his finishing had been sharper, but more on him later.

Lucas Hernandez was faced with the tough task of keeping a vibrant PSG front three quiet. And, while Neymar, Mbappe, and Di Maria all looked bright, Bayern were able to keep a clean sheet.

The World Cup winner often found himself one-on-one with PSG’s front line and came out on top almost every time.

There was even one incident in the second half when he was faced with a two-on-one against Neymar and Mbappe, and still managed to make the tackle.

With Dayot Upamecano set to arrive at Bayern next season, competition for places will be high. Nonetheless, performances like tonight will massively help Hernandez’s cause.

It’s time to show Neymar the respect he deserves

There are, rather bizarrely, a number of people who doubt Neymar as a footballer.

The 29-year-old has scored nearly 400 career goals, is second behind Pele in Brazil’s all-time top goalscorers list, won 25 trophies, and would have won two Ballon d’Or awards had he not been playing in the same era as two of the greatest footballers ever to grace the game.

There’s a reason why he became the most expensive player in the world, but this isn’t enough to satisfy people. There are still many who believe that the former Barcelona man isn’t worth all the hype he gets.

During this tie, he showed exactly why he’s regarded as one of the finest players in the modern era.

He produced two brilliant assists in the first leg and ran the show in the second. The only imperfection was his finishing, having let a number of chances go begging.

Yes, he dives and whines a lot. Yes, it gets tiring. But in terms of pure footballing ability, there are very few players over the last decade who can match Neymar.