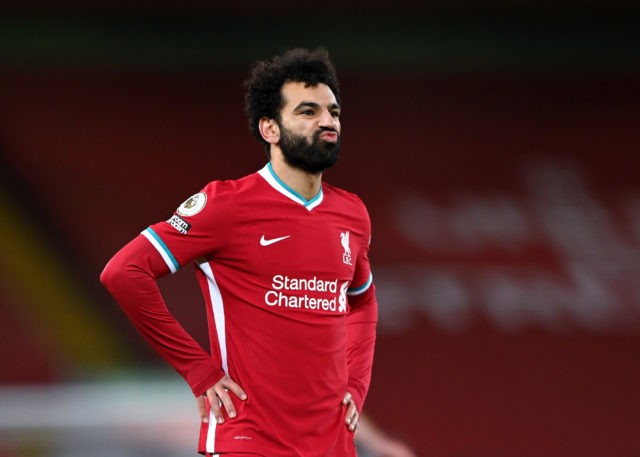 Bayern Munich chief Karl-Heinz Rummenigge has admitted that it would be an honour to have Mohamed Salah in their team.

However, in the same breath, he has suggested that the German giants are currently not looking to sign the Egyptian forward.

Salah has only two years left on his present deal at Anfield and the 28-year-old has previously expressed his desire to play for either Real Madrid or Barcelona.

The Bayern legend has showered high praise on the winger and compared him to modern-day greats such as Lionel Messi and Cristiano Ronaldo.

“At the moment we don’t plan on signing Salah, but certainly it would be an honour to have him,’ Rummenigge told On Time Sports (h/t The Daily Mail).

“In my opinion, Salah is the Messi of Africa and of course he has the skills to play for the best teams in the world.

“What he [Salah] has achieved can be compared to what Messi and [Cristiano] Ronaldo did with Barcelona and Real Madrid.”

Jurgen Klopp, the Liverpool boss, has always maintained that he has got no concerns over Salah’s future at Anfield.

Salah, who signed for the Reds in 2017 from AS Roma, has been a massive success for the club. He has scored 20 or over goals in every season since joining the club and has taken his game to a new level under the German boss.

The Egyptian himself has admitted that he wants to stay at the club forever and break all records, but the decision doesn’t rest with him alone.

Salah has been in prolific form this season, managing 22 goals and four assists in all competitions.

The comments made by Rummenigge could be seen as a natural admiration for the player, with no hidden intention to prise the Egyptian away.