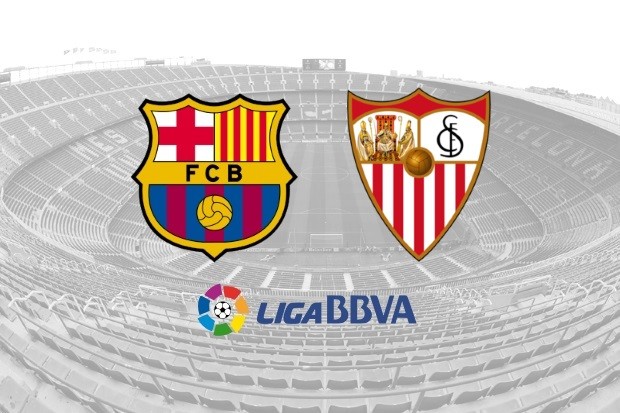 Barcelona host Sevilla in La Liga this weekend and the Catalan giants will be looking to close in on Real Madrid with a win.

Luis Enrique’s men are in fine form right now and have scored four or more goals in four of their last five competitive games. Having said that, Barcelona will still need to improve at the back. They haven’t kept a clean sheet in their last four outings.

The home side are without Vidal, Turan and Rafinha for this game.

Sevilla are in very poor form right now and they will be dreading their trip to Camp Nou this week.

Sampaoli’s men are winless in their last five competitive games and are likely to struggle against the Spanish champions.

Mercado, Rami, Tremoulinas, Krohn-Dehli are all ruled out with injuries.

Barcelona have scored at least 4 goals in their last 3 home matches in La Liga.

Barcelona have won their last 7 home matches in La Liga.

Barcelona have scored at least 2 goals in 12 of their last 14 matches against Sevilla in all competitions.

Barcelona are undefeated in 17 of their last 18 matches against Sevilla in all competitions.

Barcelona have an outstanding record against Sevilla in all competitions. Bet on the home side to win this week.

Barcelona have the momentum and confidence with them right now and should be able to punish a below par Sevilla side this week.

The away side will struggle to contain Barcelona’s world class trio and are likely to lose here.