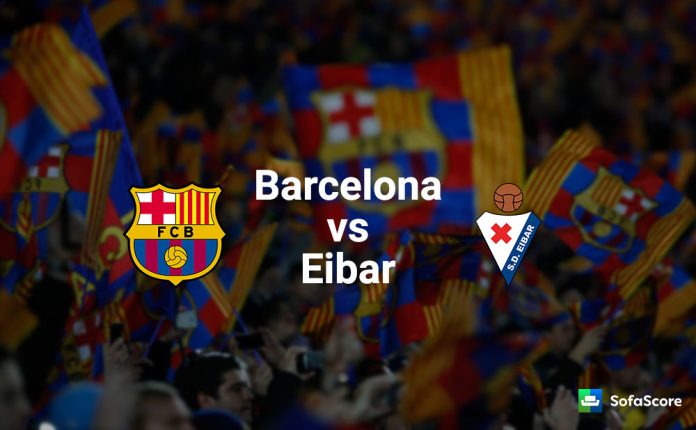 Barcelona host Eibar in La Liga this weekend and the Catalan giants will be hoping to end their season on a high with a win.

They can still win the title if Real Madrid lose, but that seems unlikely at this stage. The home side have a very good record against Eibar and have won all of their last six meetings with the Basque club.

Vidal, Pique, Rafinha, Mathieu, Mascherano are all expected to miss out this weekend.

Eibar have been in very poor form lately and this will be a massive challenge for them.

The home side will be desperate for a win and the Basque club could be on the receiving end of another thrashing this weekend.

Rico, Luna and Nano are sidelined for the away side.

Barcelona have won their last 11 home matches in La Liga.

Barcelona have scored at least 3 goals in their last 7 home matches in La Liga.

Barcelona have won their last 6 matches against Eibar, 5 of those were won with a clean sheet.

There have been over 2.5 goals scored in Barcelona’s last 11 home games in La Liga.

Barcelona have been winning at both half time and full time in 10 of their last 11 home matches in La Liga. Bet on the home side to win both halves here.

This should be a straightforward win for the home side. Eibar are badly out of form and will struggle to contain the likes of Messi and Neymar on current form.