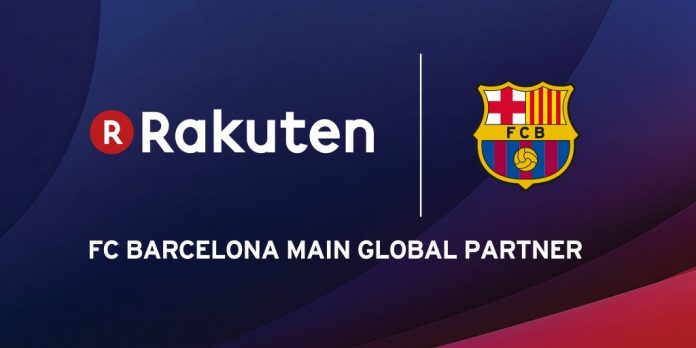 Spanish champions FC Barcelona have signed a new shirt sponsorship deal with Japanese e-commerce giant Rakuten, a deal which is worth over £200m over the next five years.

The deal will see Rakuten covering the sponsorship of the first-team shirts only. Barcelona are yet to negotiate a deal for training kits, and in all probability, the Catalan giants would stick to their current main sponsor Qatar Airways.

According to reports from the Mirror, the deal could be worth up to £53m per season. £5.5m of that figure could be paid up in bonuses, depending on the club’s success on the pitch.

Rakuten boasted revenues of £5.24bn last year, and Barcelona see them as an ideal partner in their bid to expand the club’s brand in Asia.

We are delighted with our agreement with Rakuten, a global brand in innovation whose experience and know-how in the fields of big data, communications and e-commerce will contribute to the future success of FC Barcelona.

This agreement puts us at the forefront of sports club sponsorships, which has always been an objective for the current board of directors.

We hope this partnership between Rakuten and FC Barcelona brings unparalleled sporting and commercial success, and helps the club achieve its goal of being a reference point worldwide.

Bartomeu also revealed that the early stages of negotiation with the Japanese firm came about after an initial meeting was organised by Barca defender Gerard Pique.

The former Manchester United defender was pictured visiting Rakuten CEO, Hiroshi Mikitani, last year. He had also set up a dinner in San Francisco back in 2015, which led to the agreement.