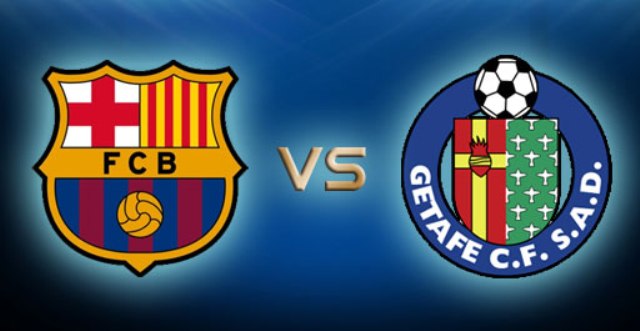 La Liga champions Barcelona will look to extend their lead at the top of the table, when they face a struggling Getafe side at Camp Nou on Saturday afternoon.

Barcelona are already eight points ahead of second placed Atletico Madrid, and chances are very slim that they would drop points against Getafe, who are going through a wretched form at the moment having not won a single game in their last eight games, losing seven of them.

Furthermore, Getafe have a poor away record as well, having lost 14 of their 17 away matches this season. Scoring goals has been a major problem for them, as they have failed to score in their last three away games.

The Catalan giants on the other hand are firing all cylinders. They are on a seven consecutive games winning run, have won their last 11 La Liga matches, and are unbeaten in their last 36 games in all competitions. They have scored 24 goals in their last 7 games, with the MSN trio netting goals for fun.

Argentine midfielder Javier Mascherano will miss the tie due to suspension. Former Arsenal defender Thomas Vermaelen may replace him at the back.

Neymar also returns from his ban, and will join the starting lineup straightaway.

Enrique may look to rotate the squad a bit, which means he might give Sergi Roberto a chance to impress, with Busquets likely to make away for the youngster.

Juan Cala, Alvaro Varquez and Pablo Sarabia will all miss the tie through suspension.

Roberto Lago, Vigaray and Damian Suarez are also out with injury, while Alvaro Pereira may return at left-back after suspension.