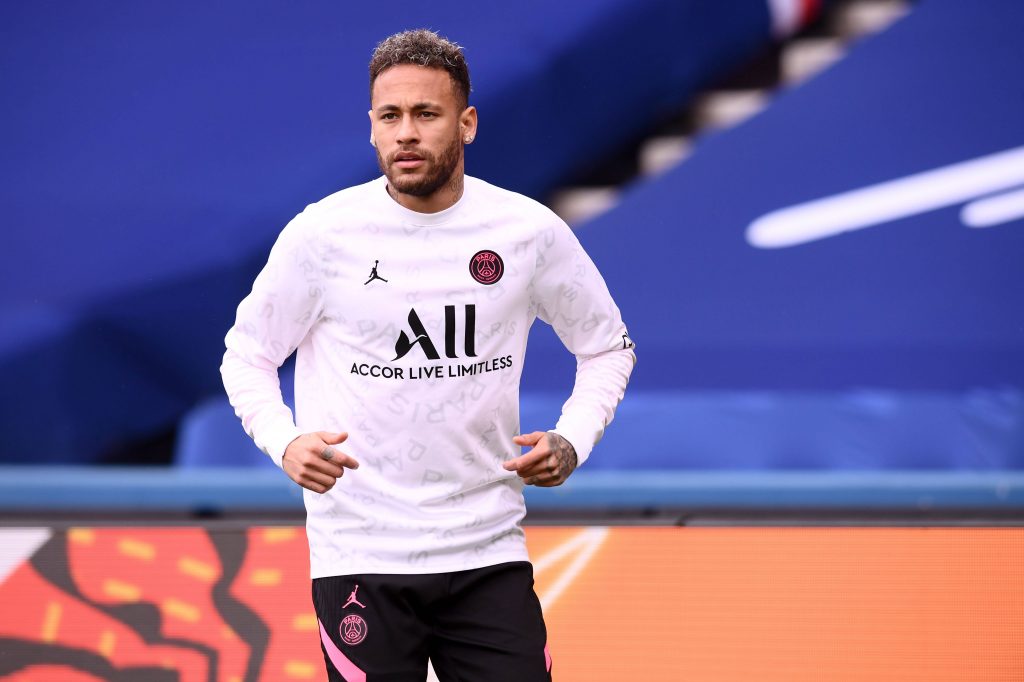 Barcelona’s prospects of re-signing Neymar could be dashed with the Brazilian set to commit his long-term future to Paris Saint-Germain, L’Equipe claims.

Neymar left the Blaugrana for Les Parisiens in a world-record £198 million deal in 2017, and he has since been regularly linked with a return to the club.

Earlier last summer, the Catalan giants sent their representatives to broker Neymar’s return, but a deal failed to materialise.

In recent weeks, Neymar has said that he is happy continuing with the French champions while urging Kylian Mbappe to stay with him.

His current deal expires at the end of next season, and it is reported that he will sign a new contract until June 2026 to be announced later today.

However, the club have yet to make the breakthrough in negotiations with Mbappe, and his future remains uncertain beyond the summer.

It was recently suggested that the Blaugrana were close to agreeing a bumper sponsorship deal worth €500m, which could help them re-sign Neymar.

It appears that there has not been much progress since, and the Brazilian now appears set to put pen-to-paper on a five-year deal with Les Parisiens.

It remains to be seen whether the decision impacts the future of Blaugrana captain Lionel Messi, whose contract expires in June.

The Argentine has yet to extend his stay with the La Liga giants, and he could assess his future based on the club’s transfer plans for the summer.

It has been reported that the arrival of compatriot and close friend Sergio Aguero could convince him to prolong his two-decade-long association with the club.

Meanwhile, Mbappe could be on the move with the lack of progress in contract talks. Real Madrid could be the most likely destination for the 2018 World Cup winner.

He has also been linked with reigning English champions Liverpool, but it is unclear whether they can compete financially with Los Blancos.