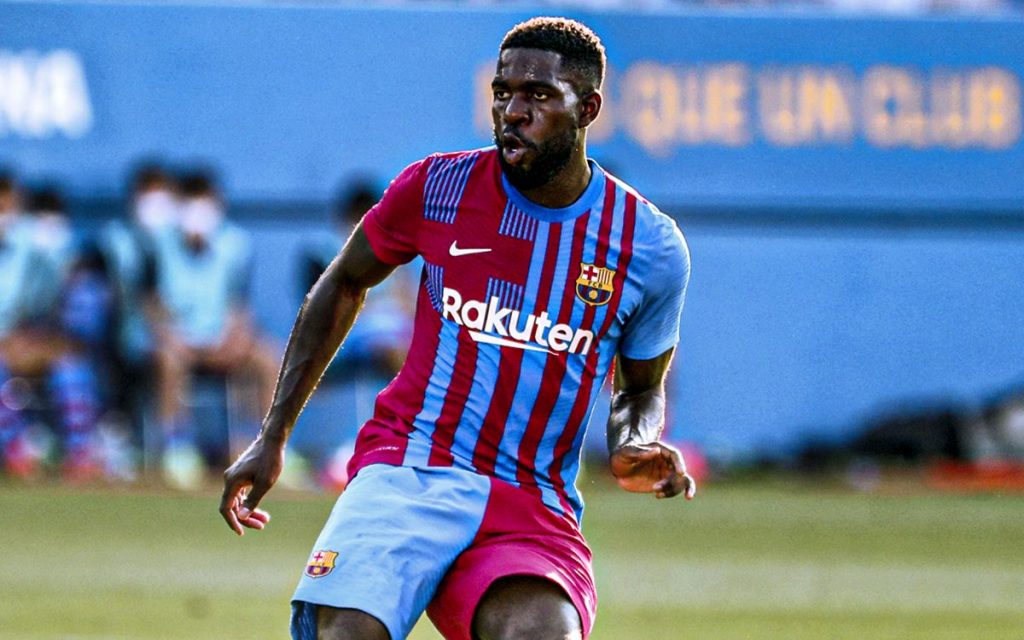 While Samuel Umtiti is hoping to break into the Barcelona first team, the Catalan giants are considering cancelling the Frenchman’s contract.

According to reports in Spanish media, Barcelona are seriously considering the possibility of ending their association with Samuel Umtiti. The Frenchman has had a nightmarish run of injuries in recent years that has seen him become a rare fixture in the starting XI.

Barcelona are aware that in Umtiti, they have a world class defender in their squad. Unfortunately, recurring fitness issues mean that they haven’t really seen a lot of the former Lyon man ever since he guided France to World Cup glory in 2018.

Following his heroics in Russia, the 28-year-old returned to Camp Nou with a serious knee injury. Once he was able to regain full fitness, Umtiti was forced to watch from the sidelines due to other physical problems.

On top of that, Barcelona’s financial issues during a pandemic-riddled economy meant that Umtiti’s absence in match day squads made him more of a financial liability than anything.

Umtit’s current deal does not run out until June 2023 but with the player making nine million euros a year, it is clear that the Blaugrana are eager to cut their losses.

According to Sport, Barcelona are now exploring the possibility of ending their association with the experienced defender.

While the decision might sound a little surprising since the center back has two years left on his deal and will command a good transfer fee, Barcelona are aware that no club would pay over the odds for a player with such a bad injury record.

According to rumors, Benfica are interested in signing the Frenchman but the Portuguese giants might prefer a free transfer in order to minimize the risk of their gamble not paying off.

At the same time, Umtiti’s current salary is going to be something of an issue for a lot of clubs which means that Barcelona will have to think out of the box in order to get the best deal for themselves.