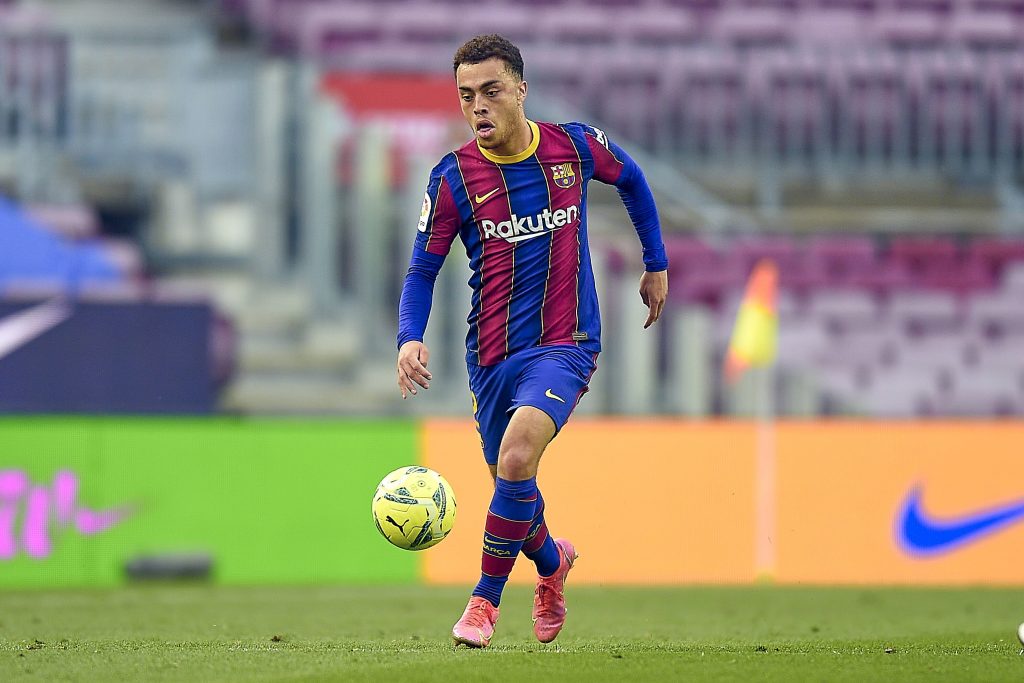 Bayern Munich are looking to bolster their right-back options this summer.

According to German outlet RAC1 (via Mundo Deportivo), Bayern have contacted Barcelona to sign one of Sergi Roberto, Sergiño Dest or Emerson Royal.

The preference leans towards former Ajax player Dest, who the German giants rated highly before his move to Barca.

All three players prefer staying at the Spanish club, with new signing Emerson keen on making a good impression next season.

However, the Catalonian club are in the midst of a financial crisis.

In a recent interview with La Vanguardia, new club president Joan Laporta admitted that the club was in a worse state than he expected.

Barca have been on a mission to reduce salary expenditure but still managed to extend Lionel Messi’s contract for five years.

Getting Messi to commit to a significant pay cut was one thing, but the club’s biggest hurdle is making enough room on their wage bill to register him before the new season starts.

La Liga president Javier Tebas has warned Barca that they must reduce their outgoings to register not just Messi’s new contract but also their other new signings.

As per Goal, Barcelona cannot register Sergio Agüero, Memphis Depay, Eric Garcia and Emerson unless they cut down on costs to comply with financial fair play.

Full-back Junior Firpo is joining Leeds United, while midfielder Francisco Trincao has been loaned to Wolverhampton Wanderers with an option to buy.

According to Sky Sports, the Spanish club are also looking to offload star man Antoine Griezmann in a swap deal for Atletico Madrid’s Saul Niguez.