Australian Open 2023 Predictions: Who Are The Big Hitters in Melbourne? 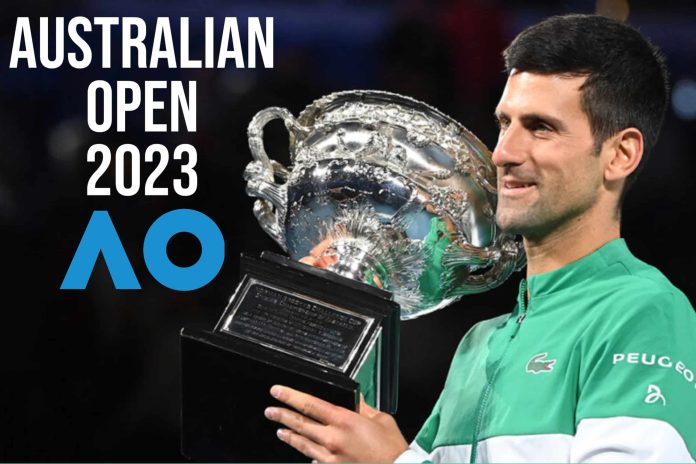 The first major of the year is here and the Australian Open typically serves as a clear indicator as to who will be the main Grand Slam competitors throughout the season. With the action kicking off in Melbourne this week, we are putting the tournament under the microscope and taking a look at who the likely candidates are for both the men’s and women’s singles titles.

Novak Djokovic’s return to Australia is perhaps the biggest narrative surrounding this year’s Australian Open. The Serbian was famously deported last year after his COVID-19 vaccination status failed to align with the nation’s own policy, and subsequently lost a 10-day battle with the Australian government to try and compete.

The 35-year-old has won this tournament more than anyone else throughout his illustrious career, winning it a record nine times including three successive titles between 2019 and 2021 before having his monopoly cut short.

Reigning champion Rafa Nadal competes in his first Grand Slam since withdrawing from last year’s Wimbledon championships with a nasty abdominal tear. The Spaniard leads the all-time majors tally with 22, one more than Djokovic, so he will be eager to prevent his fellow ‘Big 4’ member from moving level with him at the summit.

Elsewhere, last year’s women’s singles champions Ash Bartey declared her retirement from the sport in 2022, while two-time winner Naomi Osaka will not compete after announcing she is pregnant. This may pave the way for the next wave of budding young stars, with 18-year-old Coco Gauff hoping to go one better than her French Open final appearance last year, while the ever-dangerous Iga Swiatek will be looking for her fourth major title at the age of 21.

Novak Djokovic is, as you’d expect, heavy favourite across tennis betting sites at a current price of -110. Not only does he adore playing in Melbourne, but he will have the added incentive of missing out at last year’s edition to go on and move to double figures in terms of Australian Open titles.

Despite having a turbulent beginning to 2022 and a relatively trophy-less year by his lofty standards, the 21-time Grand Slam recipient claimed the most prestigious prize on the tour, Wimbledon, to set the tone for a brighter 2023.

Novak Djokovic: "I couldn’t ask for a better preparation and lead-up to Australian Open. I love playing in Australia. I wouldn’t be able to play so well in a place where I don’t feel well. I look forward to Melbourne. Rod Laver is my most successful court, I love playing there." pic.twitter.com/epaFvHJ9dZ

He will have two less heavyweights to worry about on his path to the final with world number one and US Open champion Carlos Alcaraz ruled out through injury, while Wimbledon finalist Nick Kygrios was a late withdrawal from his home tournament after announcing he had suffered a knee injury.

The ‘next-best’ according to bookmakers is fiery competitor Daniil Medvedev, who fell to Nadal in last year’s final but has long been thought of as one of the main contenders to lead the tennis world, once the current generation bring the curtain down.

The Russian was banned from competing at Wimbledon in relation to the ongoing conflict in Ukraine, but he also suffered a frustrating 2022 following his defeat in this competition last year, crashing out in the fourth round of both the French and US Open.

Although you can never rule Novak Djokovic or Rafa Nadal out of contention, 19-year-old Alcaraz’s win at Flushing Meadows may have set in motion the next generation to start to prove themselves. The likes of Canadian Felix Auger-Aliassime, four-time Grand-Slam quarter-finalist Jannik Sinner and 2022 French and US Open finalist Casper Ruud all have the ability to break the mould in this first major of the year, and we are particularly keen on Sinner (+1800) who was incredibly unfortunate not to reach the final four in each grand slam last year.

As with the men’s tournament, the women’s competition has lost two of its biggest hitters in Osaka and Bartey, making this year’s field that much more unpredictable.

It is no surprise to see Iga Swiatek leading the way in most people’s estimations. At just 21, she claimed two of the four majors in 2022, with a semi-final appearance at the Australian Open, and Wimbledon proving to be her Achillies heel where she had a 37 match winning streak, the longest such run in the 21st century, ended in the third round.

Nevertheless she returned with a straight-set victory over Ons Jabeur in the US Open final to round off a spectacular year, and as a result enters this first major of 2023 with leading claims.

Elsewhere, quarter-finalist in all but one of the Grand Slams last year Jessica Pegula is tipped to progress in 2023 – her excellent ground strokes may stand her in good stead against the big hitters on Melbourne’s hard court.

Fan favourite Ons Jabeur had a glittering year having reached the final of both Wimbledon and the US Open – although it was an agonising end to 2022 her insistence on entertaining the crowd with startling drop-shots and tricky tweeners means she usually has the lion’s share of the crowd on her side.

However, we are expectant of Coco Gauff, who at 18, already possesses the tournament know-how and maturity needed to make it all the way. This could be a huge year for the Georgia native if she can tap into the kind of form we saw in her run to the final of the French Open, and although her consistent big-hitting backhand and athletic attributes may lend itself better to clay and grass, kicking off 2023 with a strong Australian Open may propel her into a fruitful season.