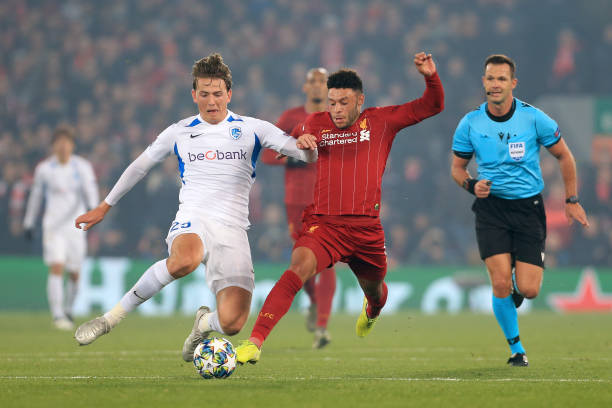 Atletico Madrid have offered Liverpool the chance to sign reported Arsenal target Thomas Partey this summer, should they allow Alex Oxlade-Chamberlain move in the opposite direction in a straight-swap deal, The Sun reports.

Partey, 26, currently has three more years remaining on his contract but his future remains uncertain owing to the £45m buy-out clause, which has caught the eye of top European sides including Mikel Arteta’s Arsenal.

While Partey has the preference to join the north London club, it is suggested that they may not afford to trigger his release clause due to the financial impact of the coronavirus pandemic.

Amidst this, The Sun claims that the Spanish outfit have made the surprise proposal to the Reds and they are looking to recruit Oxlade-Chamberlain in a straight-exchange deal for Partey.

The England international missed almost the entirety of the previous season in his recovery from a serious knee injury but he has been an influential player for the Reds this term with 34 appearances across all competitions.

Out of those, only 18 have been from the starting lineup but he has still impressed with a contribution of seven goals and one assist while playing in either the midfield or the left side of the attack.

As a result, he has proved a quality utility player for Jurgen Klopp’s side and it is reported that the Merseyside giants are unlikely to entertain any offers for his services during the summer.

Meanwhile, Atletico are aiming to extend the contract of Partey for another two years with the assurance of a significant wage hike. They also plan to double his current buy-out clause.

So far, there has been no progress in the negotiations and it remains to be seen whether Arsenal, Liverpool or any other elite European club will take advantage of the situation to sign him.