Madrid Derby: Atletico win will be an epic upset 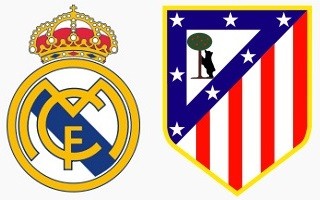 To overcome ten years of hurt, Atletico Madrid have been handed the opportunity to take on the undefeated Real Madrid. And what better place to achieve that feat then at Galacticos’ own home, Bernabeu.

Gone are the days when the Madrid derby used to be balanced, the last ten years have been filled with Atletico only coming close to getting one over their local rivals but not being able to complete the job.

The last ten years have been the era of Galacticos and we all know very well the names that have adorned the white shirt and the rest of the league – bar Barcelona but only to some extent – have failed to match the amount of cash spent in the transfer windows.

Jose Mourinho had probably the best start possible to his career at Real Madrid, winning seven of their opening nine games to take a one point lead at the top of the table. Not just Mourinho, any manager will be happy to take that start with not just Madrid.

Brazilian midfielder Kaka is still very uncertain with rumors of him set to leave Madrid in January surfacing in the last few days. Out of form Pepe could be replaced with the fit-again Raul Albiol.

In related news, Cristiano Ronaldo will be debuting the Nike Superfly II Safari in the game against Atletico. The shape is pretty much the same, but the cheetah-print makes it look all the more better.

Madrid are scoring almost three goals a game on average while conceding almost one every two games. In La Liga, no teams has managed to score twice against them yet. Their best result came at home against Deportive la Coruna when they thrashed them 6-1 whereas they have failed to score only twice in nine games.

Their home form in the league is devastating. They’ve won all of their four home games so far, Iker Casillas has kept two clean sheets, they have scored 16 goals and conceded only two.

If Atletico could cause an upset in Madrid, that will not only serve their cause but also serve Barcelona’s cause who will also be in Madrid that night to play Getafe. Barca could go two points up on Madrid, if Mourinho is to suffer a defeat at home.

The upset will be made all the more epic as it would mean the end of undefeated streak this season and the end of ten year haul of losses from their local rivals. To add some more pressure to the players of the Rojiblancos, to beat Madrid it will probably mean to be the first team to score more than one goal against Madrid this season.

Atletico have not beaten Madrid since gaining promotion from the Segunda Division in 2002 but coach Quique Sanchez Flores will be optimistic and he should be too.

Central defenders Diego Godin and Luis Amaranto Perea will be missing the derby game and that could prove to be quite decisive for the eventual result.

Ranked 6th on the table, Atletico have lost three and drawn two out of their nine fixture so far. They are scoring at an average of almost three goals in two games but also conceding just over a goal a game.

Their best result came against Sporting Gijon at home when a Deigo Forlan brace helped them thrash Sporting 4-0. Their worst result, however, came at Ramon Sanchez Pizjuan – the home of Sevilla – when Sevillistas beat them 3-1. Atletico have only failed to score once though.

Atletico’s away form has been terrible so far this season. They’ve only managed one win in four away games scoring four goals and conceding seven.

Simao, Diego Forlan and Diego Costa are the top scorers for the Rojiblancos with three goals each.

The head-to-head table for the two capital clubs, is scarily in favor of Real. In 30 appearances, Atletico has managed only two wins and have conceded 30 more goals than they have scored. That’s a goal difference of -30 in 30 games. I’m sure the Rojiblancos are glad there are other teams in the league as well.

You can watch Atletico take on Real live online as well as all other Spanish La Liga matches, plus hundreds of football games from around the world. Read our live La Liga football page for more details.