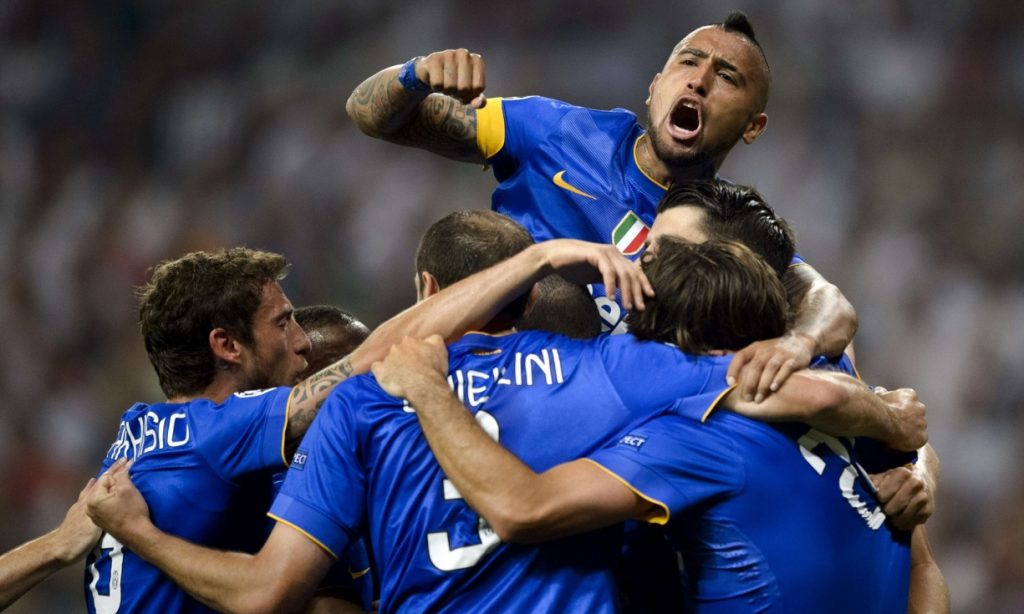 Chelsea are closing in on the appointment of Antonio Conte as their new manager and according to recent reports, the former Juventus manager wants to sign the Bayern Munich midfielder Arturo Vidal for the Blues.

Vidal worked under Conte at Juventus and was a massive hit for the Italian. The duo also enjoys a great working relationship and Conte is keen to recreate that at Chelsea.

Vidal has been a bit of hit and miss at the Allianz Arena so far and a move to Chelsea might be tempting for the Chilean. Furthermore, the chance to work with the coach who brought the best out of him is a massive pull as well.

It will be interesting to see if Bayern Munich are willing to let go of the Chilean this summer. One thing is certain that Chelsea will back their new manager (if Conte joins) in the transfer window and the price won’t be a problem for the Premier League giants.

Chelsea are in desperate need of a tenacious box-to-box midfielder and Vidal is one of the best in the world in that role. The Blues have had a disappointing season so far and will be desperate to bounce back next season. Players Vidal are exactly what they are missing at the moment and the Chilean would be an outstanding addition if Chelsea can pull it off.